The Guardian of Whitechapel (MM)

Sequel to The Witches of Whitechapel

Hallowe’en, Samhain, the night when worlds collide, when travel from this world to the next is possible ...

Detective Inspector Simon Stark asks himself whether people are inherently insane that night, or if things from other worlds possess us. This year, something may have crossed over, terrorizing Whitechapel, and it is up to Simon and his husband to make sure the horror stops now. 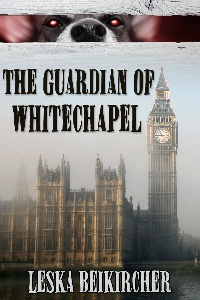 The Guardian of Whitechapel (MM)

“You should get out of London!” she hissed through the static of the connection.

“Good morning, Saoirse,” Simon replied confused. “Come again?” He put her on speaker, so Ralph could hear what she had to say.

“I don’t know what it is, but I had a dreadful dream last night, and I think it was foreshadowing. You have to get out of London. Something terrible is about to happen!”

“Where are you, love?” Ralph wanted to know.

“At the inn in Inverness,” Saoirse replied. Then Yuki seemed to snatch the phone out of her hands, for they spoke. Simon couldn’t decipher what their voice sounded like, but if he had to hazard a guess, then he’d say there was urgency in it.

“I know it sounds bonkers,” they said, “But you know Saoirse is usually right about those things. So however nuts it seems, please just be very, very careful!”

“The worlds are colliding!” Saoirse added, only for Ralph to reply with: “It’s Samhain, dears, there’s always something going on this time of year, especially in Whitechapel. But don’t you think running away is a bit drastic?”

“We want you to be safe,” Yuki corrected her.

Ralph looked at Simon. If things were different, Ralph would pack their bags in a heartbeat, Simon knew that. He trusted Saoirse, because she knew what she was talking about. And Simon knew why Ralph was trying to convince them all that it would be fine: How could they leave London when Simon couldn’t even leave the house?