The Low Between (MM)

It was supposed to be simple.

All struggling actor Carlo Baresi had to do was pick a man up, drive him to the location he specified, then report where he’d taken him. The only problem is, the man isn’t who he says he is ... and they both know it.

Bookstore owner Joe Donnelly has a reputation for helping those in need, but this plan has been a bad one from the second he stepped in. Discovering someone has switched out the driver is one more complication he doesn’t want, especially since Carlo is the kind of distraction that can get a man in serious trouble if he’s not careful.

But they have something in common. They’re both loose ends, struggling to find out what is really going on.

And murder is always complicated, even when you’re on the same side. 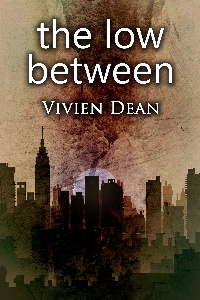 The Low Between (MM)

The red from the stoplight refracted through the wet windshield, seeping down the backs of the kid’s hands to stain them scarlet. His knuckles strained against the stretched skin from how tightly he held onto the wheel, and he’d caught his breath, frozen in place now that the car had come to a stop.

“There’s an alley halfway down the block,” Joe said. “Just past the bakery. Pull into it and kill the engine.”

“What about your meeting?”

The light changed. A second passed, then another. Joe was ready to nudge the muzzle harder against the young man’s skull when the taxi began to creep forward.

Neither spoke until they were parked out of view from the street. The alley was used for deliveries to and from the bakery, allowing plenty of room for the car to fit, but it lacked artificial illumination, the buildings on either side blocking out the ambient light from the streets. Joe didn’t like not being able to see the the young man’s hands anymore, but he figured a gun to the back of the head was enough motivation not to do something dumb.

“Where’s the real driver?” he asked.

“I don’t know what you’re talking about. I am the real driver.”

“So’s a lot of people in this town. A guy’s still gotta make a living.”

He had to give the kid credit. He had a lot of nerve lying so blatantly with his brains this close to getting scattered.

He gave the gun another nudge. “I asked you a question.”

“How can you be a rat if we’re working on the same side?”

“You sure about that?”

“As sure as I am your last name isn’t Ascher.”

Joe paused. The kid had known to expect Copper then. But how did an actor from Little Italy figure into a Hoboken wedding gone wrong?

“The same way you know me.”

The pause was telling, all Joe needed to know he’d pegged this one right.

“Whatever you think you’re doing,” Joe said, when no answer came, “you’re in over your head.”

“But you weren’t supposed to be, now were you, kid?”

The words came out through gritted teeth, unexpected force adding conviction to what should’ve been a request considering his position. He’d been ruffled when Joe had questioned his age, too. “What do you want me to call you?” Joe asked.

“What do you want me to call you?”

A bold inquiry, especially considering he already knew about Ascher. The answer to this would pick sides.

“Joe Donnelly.” He was following his gut, which wanted to believe the Families hadn’t been able to touch the hopeful young man who read Shakespeare in the corner of his shop.

“My name’s Carlo.” His shoulders slumped, some of the tension dying with his soft exhalation. “Baresi.”

The name didn’t ring any bells. A good sign. “Was that so hard?”

“You going to put the gun down now?”

“I can’t.” And he sincerely regretted it. But he couldn’t be completely positive Carlo didn’t have a weapon of his own stashed beneath the seat.

“Of course not,” Carlo muttered.

For a few seconds, the only sound that filled the car was the drumming rain on the roof, each droplet chipping away at Joe’s nerves. He hated the rain. It reminded him too much of walking the beat, memories he did everything he could during his waking hours to avoid. Nighttime was another matter. He’d never been able to escape the past then. He should’ve guessed the switch would go wrong when the storm continued to rage long after the sun went down.

“Why are you doing this?” Carlo asked.

“I could ask the same of you.”

He’d ask who was paying him, but it was too soon after Carlo’s earlier denial to bother. He decided to opt for more honesty and see where that got him. “Mine’s a favor.”

“Something tells me that’s one question you won’t go tit for tat on.”

Carlo snorted, but quickly checked the almost amused sound when the gun bumped along the back of his head. “I can still take you there. Nothing has to change.”

Oh, to be twenty-two again. But if he’d required any more proof of Carlo’s naïveté, that was it. “It already has.”