While Keston enjoys his occasional video game tournaments with the kid across the hall, he's grown tired of the daily grind of his job. With a bit of a push from his boss, he heads out for a weekend at his family's cabin in Kona Woods. A little time away from the hustle and bustle sounds like just the thing he needs.

Turns out he isn't alone, though, as there are others lurking in the shadows. When a near-death experience brings Ness waltzing into his life, everything Keston thought he knew is turned upside down, and he runs in fear.

But will facing what scares him bring to Keston's life what it's missing most? 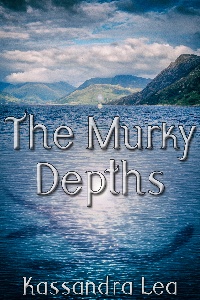 The rumbling that woke him was reminiscent of a freight train barreling down the tracks and heading straight for him. Keston blinked, mindful of a subtle throbbing in his head and a growing ache in his back. Lulled by the rocking of the water and the words upon the page, Keston had fallen asleep in a rather awkward, uncomfortable position.

And while he'd napped the gloriously calm fall day decided to play a dirty trick on him. Ugly dark gray storm clouds had kidnapped the sun, banishing the brightly glowing orb behind a guarantee of rain. Another rumble of thunder rattled his teeth and the flash of lightning that streaked across the sky sent his heart racing.

What was it his mom always said about being out on an open body of water during a storm?

"Crap," he growled. Keston scrambled for the paddle as the first fat raindrop landed on his cheek, coursing down like a year he didn't remember crying. The once gentle rocking was becoming stomach upsetting and mixed with his actions threatened to capsize him. "Crap, crap, crappity."

Why didn't you check the weather forecast, you fanned fool? Instead of being a sitting duck for an electric charge you could be sitting safely before a fire while letting the storm rage on. Even sticking to his original plan would have had better results, he'd simply have raced back through the woods with prayers of no branches falling on his head. Being soaked head to toe he could accept.

The wind picked up, forcing the trees to dance and tearing the leaves from their branches. Keston pitched dangerously to one side and narrowly avoided taking an unwanted swim by shifting his weight the other way. His belongings slid back and forth along the bottom of the canoe. Lightning. Thunder. His pounding heart prodded by fear and adrenaline. And then it hit, the deluge of rain, almost like having a bucket of water dumped over his head, or perhaps this was how coaches felt after the end of a great game when the players got all excited and doused them in Gatorade or whatever.

He was soaked instantly.

And it was a cold rain, one that dropped the temperature significantly in a matter of seconds. Gone was the beautiful autumn day replaced with a chill that left each breath as a puff on the wind. Keston shivered, somehow managing to wrap his fingers around the paddle. He gripped it tightly and dipped one end into the lake, which by now was tossing him about as if he was a rubber ducky in a child's bath.

The waves were getting worse.

He might have started crying in panic, it was hard to tell. The rain came so hard, falling in a torrential downpour that it made it nearly impossible to see the shoreline. Thanks to the brilliantly colored leaves he had a vague idea of which direction to head, but it was a battle unlike any he'd fought before, and he'd be lying if he thought he stood a chance. 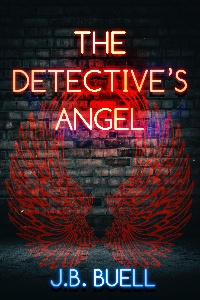