In the city of Holmgarðr, in the nation of Garðaríki, on Christmas Eve, there is magic in the air, as Uncle Drosselmeyer presents his gifts before the young children of the ambassador of Gloriana, Clara and Fitz. Yet for all the magic and festivities of Christmas, there is a sense also of danger, the shadow of war growing longer from the neighboring nations of the Hanseatic League.

Caught on the cusp of the peaceful life she has always known and the threat of impending war, Clara finds herself alone in a magical realm save for the company of her cat, embroiled in dangers hitherto unimagined as she finds herself increasingly drawn to a handsome Nutcracker Princess and faced with a choice that will impact both her own fate and that of the world around her. 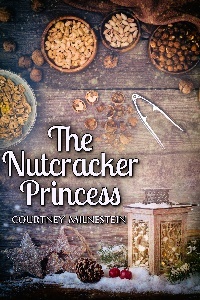 She felt the first stirrings of anxiety, a growing concern, and, perhaps, almost as if he sensed this also, Jolly Roger’s scratching ceased, and he took a step back, eyeing the door almost as if with apprehension.

The silence grew, and then, even though her beloved pet had stopped his spoilt protests at the closed door, Clara heard the sound of scratching anew.

Standing alongside her, Jolly Roger looked up with feline curiosity as if he was asking her to explain the sound that came from behind the walls, the scratching at the relatively new panels of the house that overlaid the ancient stone.

She stood still for a moment, listening, and again, in the dark, came the scratching, only this time it sounded as if it was further away, and Clara realised with alarm that whatever was making the sound was moving, that it was travelling through the walls in the direction of the drawing room, as if the shape of the house was a river pulling it downstream.

Her eyes grew wide, and she felt then terrible curiosity also, and before she could stop herself, her hand was on the door, pulling it open, and her slipper’d feet were padding along the carpet of the hallway, Jolly Roger racing out of the bedroom and overtaking her, his small black shape lost in the dark.

In her chest, her heart beat an unruly rhythm, and though her fear was great, as she made her way hesitantly down the hall to the drawing room, she was overcome with the desire for knowledge, the need to understand what was happening far greater than the apprehension that any sensible girl might have listened to.

With a slight tremble in her hands, she threw open the doors of the great drawing room, and much to her surprise, was overcome with light refracted from the glistening baubles of the Christmas tree.

Around her, she heard the scuffling sound of scurrying, hasty movements, and she turned quickly on the spot trying to ascertain the direction, when suddenly, the windows flew open, cold air billowing into the room, the curtains dancing like ghosts, and a loud cry pierced the air.

She turned in a circle, and the cries came again, and as she lifted her head, she found herself confronted suddenly by the tree as its branches trembled, as the baubles rattled, as its height seemed to rise up into the air, the ceiling of the drawing room rushing up so far that clouds began to stir between her and the peak of the tree.

Her mouth opened wide, her legs trembled, and two ravens passed overhead, crying out amidst the stirring cold that rushed in from the open window, black, marble eyes turning to gaze down at her with contempt as their mighty wings carried them up and up towards the peak of the tree and she lost them in the clouds.

She lowered her head, and suddenly the tree was not one tree, but many, a distant forest of towering black shapes on the horizon.

Asmodeus Flight, Clara thought in passing, as if such wonders were not unfolding in front of her, recalling a particularly nasty devil in Jewish myth that had possessed the means of lifting a person out of their skin and holding them in the sky so that they might see all the world around them.

She trembled, hugging herself, and she became aware of snow at her feet, engulfing her slippers, the landscape of the drawing room suddenly foreign and magical—and then, once more, she heard the rattling, clawing, scratching sound again.

Abruptly, there came a crack of thunder, and she screamed, almost falling over herself, searching frantically about and seeing nothing but the falling snow. Silence followed, and then another peal shook her again, and she realised fearfully that the sound was not thunder at all, but rather the echo of gunfire and cannons!

At the moment of her realisation, something hit her in the back hard, and she fell forward with a cry, landing in the snow, her hands sinking in and finding, with a jolt, hard, cold soil beneath.

She turned just in time to shriek and throw herself out of the way as a sword struck the ground whereupon she had fallen. The sound of an annoyed chattering of teeth followed, and as Clara scurried backwards in the snow on her hands, she found herself regarding her assailant and utterly, utterly failing to understand what was happening to her.

Her assailant was tall, a head or so taller than her, and Clara, in the throes of a present growth spurt, was already used to being considered the tallest of all her classmates at school. He wore a bandana about his head with a large, red feather protruding from it, a bandolier about his chest, and a wicked rapier in his grasp. He was also a mouse, she thought in startled amazement, and on her lips there formed a question, a query as to how a mouse could grow so large, how it might be possible for such a creature to grasp a weapon so cruel, and then she realised that there wasn’t just one mouse, but a great number of mice, all of them dressed in differing, ragged remnants of uniforms, some with hefty rifles, others with swords, and all of them had noticed her, turning her way in the most threatening of manner.

“Friend or foe?” squeaked the first mouse, the one with the rapier.