Beth Jenkins, raised in an Irish Catholic family outside Chicago, with her father a retired Chicago cop, would not acknowledge to her family that she was gay, fearing how they would react. She moved to New York, visiting her home occasionally. At Christmas just over three years before the story begins, and against her better judgment, she responds to the when-I-you-going-to-find-a-man question by coming out.

Any hopes of staying are shattered when her father says he will not sit at the same table with this creature. For three years she speaks to neither her parents. Then her sister calls. "Dad is dying. He's turned over a new leaf." She agrees to come, but only with her girlfriend, with whom she is living in Brooklyn.

This is the story of their journey to Beth's home and what happens when she gets there. 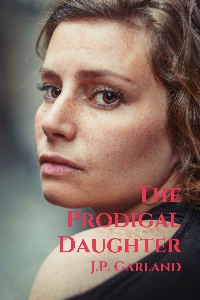 It was good to see Tim waiting in the station’s parking lot. Before we left, I accepted his offer of a spare room in his house, and I hoped he would at least accept Mel sharing it with me for a few days. He shook Mel’s hand when she was introduced, but she reached to hug him, which he returned a bit uncomfortably. He then took my bag, and Mel had hers and we put them in his trunk. We drove to the house, Mel in back.

“Everyone’s there. Be forewarned, though. It doesn’t look like Father Michael is leaving any time soon. He showed up right before I left, and I think he’s extended his stay when he heard that you were coming. I didn’t mention that you weren’t alone.”

Tim gave me a run-down of the gossip, more to pass the time and educate Mel than anything, and said that things looked bad for our father. As we neared the house, he suggested that “your girlfriend” try to lay low. Mel was quiet for the drive, listening from the back seat, smiling a bit when I said, “She has a name. It’s Melissa.” A “sorry” came from Tim.

“I think Melissa should lay low at least until you see Dad.”

“Are you okay with her staying with me in your house.”

“Do I have a choice. I’m sorry. That came out wrong. She’s your friend and she can of course stay with you as long as you don’t --”

I looked to the backseat, and a trace of her demon smile crossed her lips and she winked at me. I shook my head with a smile.

He fell over himself trying to mumble an apology but before he managed it, we were at the house. There was a line of cars in the driveway, and he pulled behind another car on the street. We were in front of the Johnson’s so we would not be seen by my family until we were on the front walk.

Before we got out of his car, Tim turned to me. “Are you okay?” and I said as much as I would ever be. The front door opened just as we reached it and Marcie stood there. Her eyes went from me to Mel and to me. She stepped back without a word so we could go into the living room. Everyone else was there, looking up.

“This is Melissa. She is my girlfriend.”

We discussed how to do it on the way and decided to simply cut to the chase. Everyone was polite, and after a moment Marcie then Sheila and Dorothy hugged her. My brothers-in-law shaking her hand. Then things got quiet as they others returned to where they were before we interrupted them.

Marcie took me aside.

“I’m not going to say anything about her being here.”

“Look. I’m not going to sugar coat it. It’s bad. Father Mike, who’s upstairs, has his little last-rites kit with him. Dad’s been asking about you for the last few days. ‘Is Beth home yet?’ Stuff like that. It might be a bit of dementia. I do not even know if he remembers about you being, you know, gay. When you go to his room, though, you won’t see a picture of you. He banned them years ago. Mom has one hidden in a drawer, but she’s afraid to pull it out.”

I nodded and took a deep breath.