Mycah Arcebella is an architect -- precise, hard-working, and not impulsive. After several weeks of work, she meets up with her usual group of friends to relax and wind down. Everything goes as planned until Sonny Cooper comes along.

Dr. Addison “Sonny” Cooper knows no boundaries. She studied hard to be a doctor and has just returned from Africa after a three-year stint with Doctors Without Borders. She is an adventurer, always looking for the next move.

When Mycah and Sonny meet, sparks fly. Three days later, Sonny proposes. Mycah insists they take it slow. But when they decide to go skiing, disaster strikes. Will that change Mycah’s mind? 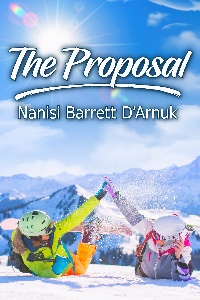 “Is this the usual crowd that comes to these parties?” Sonny asked.

“Yes. We usually hang out together. We’re the only dykes around who are over thirty-five and there’s no other gay or lesbian place unless you want to drive fifty miles into the city. One of us throws a party every few weeks.”

“Are most of you coupled?”

“Not right now, but it changes nightly.”

Sonny laughed. “Are you?”

“That’s hard to believe.” Her eyes inspected Mycah. “I can’t imagine anyone not wanting to be with you. You don’t look like someone who needs to be alone.”

Mycah laughed. “No? I’m very self-sufficient. I do a lot of things alone, because I can.”

Wow. Talk about pulling no punches! This woman was smoother than Mycah ever imagined. “I like the way I am.”

“I can see why, but don’t you ever want someone else?”

“And what would make you reappraise your situation?”

“I’m not sure. I guess the right woman would have to come along.”

“I could be that woman if you want.”

A few seconds lapsed as Mycah shyly grinned at Sonny. She stared into her eyes, dark brown pools that seemed to draw her in. Sonny finally planted her lips Mycah’s. They were soft, and sweet from the wine she’d just drank. The feel was gentle, but sure and insistent. It took Mycah’s breath away.

“Sorry,” Sonny said softly. “I couldn’t hold myself back any longer. I’ve been wanting to do that all evening, from the first time I saw you.” Mycah stared. Yes, she may have felt that, too.

Sonny pressed her lips into Mycah’s again and her tongue worked its way across her lower lip. She pulled back a little but before Mycah could've taken a full breath, she leaned in again. This time, her tongue worked its way into Mycah’s mouth. The feel of Sonny’s kiss was so smooth and warm. Her hands caressed Mycah’s back and shoulders as she drew her closer and closer.

Mycah was totally out of breath as she looked up into those eyes. What beautiful eyes! It felt like she was falling into a vat of molten dark chocolate. They engulfed her as their heat oozed through her entire body. Mycah had to close her eyes to stop from being totally drawn in.

“It’s a definite possibility,” Mycah whispered. Yes, it could be, but did she trust it?

This next kiss started where the last had left off as she struggled to get some semblance of air. Sonny’s arms reached around her and pulled her up to her, their breasts smashing into each other. Sonny kissed her and kissed her. Mycah returned it, unable to think of anything else. Her hands cupped Sonny’s head as the kiss went on and on as though they were fusing together.

“Hey, you two,” someone said, tapping on her shoulder. “Go home, Myke, and take Cooper with you. You both need to work off all that steam. You’re making it too hot in here and you have quite an audience.” It was Cheryl. “Good choice, Coop."