On Thanksgiving weekend, Beatrix “Trixie” Fairchild expects her three grown children to meet her in Niagara Falls. For what, she won't say -- but her cryptic invitation spark a certain kind of magick and makes it so each one of her adult children returns to their hometown with hope, and only a small amount of resentment, in their hearts.

Whether it's Ivy, the oldest, who fears following in her mother's witchy footsteps; or Hazel, the middle child with itchy feet and a wanderlust that can't be sated; or Rowan, the youngest and only boy, now a trans woman struggling to integrate her past and present lives; each returns home, expecting some sort of resolution to their family woes. What they get is a surprise love interest along the way.

Will Ivy continue to overthink her own happiness, refusing to see what is right in front of her? Will Hazel feel too betrayed by her false family line and leave now that she has no home anchoring her in place? And will Rowan be able to finally integrate the best parts of herself without compromise and hurt feelings in the aftermath? What is Trixie planning for the holiday weekend? 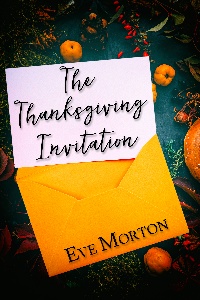 "About what?" Ivy returned. "About Bert?"

"Sure, that too. He's a painter. I met him when he was in the woods, painting the wildlife. You notice the art in the hotel?"

Ivy shrugged. "Pretty generic stuff. Landscapes, Waterfalls, and oh." Ivy realized her mother was clearly telling her that Bert did them. "They’re his, yeah?"

"Most of them. But he also teaches, like you and Rowan, so some paintings in the Bridal Falls hotel are from his students."

"That's nice, then." They walked for a few quiet paces. Eventually, Ivy added, "You can tell me about his birth chart if you want. Or what phase of the moon you'll be married in."

"Why would I tell you that?"

Ivy shrugged again. "Isn't that your big thing? Your moon magick or whatever you call it?"

"My magick is my magick. I strive to keep what I know secret for as long as I can."

Ivy had to laugh at this. Her mother? Keeping magick a secret? That was a good one. But her mother walked beside her silently, still holding her arm.

"You can tell me, you know," Trixie said. "About your own magick."

Ivy allowed herself to laugh this time around, a harsh bitter one that made her stomach feel queasy. Her mother tugged her arm. "When did you stop believing?"

"When I was an adult?" Ivy was slack-jawed. "That's part of growing up."

"No, it's not. And you were still bringing me stones from your walk when you were eighteen."

Ivy blushed. She wondered if her mother could somehow feel the stones in her pocket now. She'd always done this, though. Hadn't she? Ivy thought back to when she was in grad school, trying to study for exams and then write her dissertation. Her desk had been filled with notes, with scribbles from books, but also with the things she'd brought back from her walks. She lived alone then, so she didn't have to hide the pinecones or leaves in her desk drawer anymore like she'd done in undergrad. She'd been going for walks to clear her mind from the byzantine lines of poetry or the complex history of America during the reconstruction period for as long as she could remember and in that process, she'd ended up with rocks and rocks. If questioned, she would have said that her collections somehow had to do with Emerson. Whitman. The greats of the American landscape.

But it was her mother.

No, Ivy realized. It was her own form of magick. A magick that she might have learned from her mother, who learned it from her mother, and her mother before that, but it was also all her own. So when -- and why -- had she stopped? Ivy had no good answer.

"I don't take anything when I go out on a walk, at least, not without leaving something behind in return," Trixie went on when Ivy remained silent. "You were always different, though. Your walks always yielded a small treasure. Ever since you were small. I'd take you with me, and I'd try to make you say thanks to the tree spirits, but you'd just run away with your hands filled."

"Are you telling me that this Thanksgiving I should lay down an offering? Say thanks to the trees or forest spirits or something?"

"Not necessarily. I know you already have."

"Your work. The school stuff. Maybe not so much with the red pen I saw last night," Trixie said, her tone slightly chastising for the first time this morning, "since I know your wand is stronger than just mere mistakes. But your poetry, your PhD, that is your offering to the nature spirits."

Ivy stopped walking. She didn't know how or what to respond to first. "You've read my dissertation?"

Trixie nodded slowly. "It was on a database. Bert found it, actually. I didn't want to intrude, but if it was for the public to read...then I can be part of the great unwashed."

"Then you should have sent it to me. Then I don't have to rely on my soon to be husband's sleuthing."

Ivy thought she had sent her dissertation to her mother. Didn't she? Or was that, like the many piles of papers for conferences on her desk in her office on campus, in a to-do pile? When they started to walk again, Ivy was struck by the fact that she no longer walked around her university. Her grad school days had been spent in a woody campus, one that reminded her of her research -- which was to say, they reminded her of home. But after she'd gotten her degree, she'd also gotten a job in the city. The surrounding of the new campus was all industrial, commercial, or otherwise a concrete dungeon. She spent her time in her office because that was where her books about nature had been. And that had been how she spent the past three years.

"You've not lost too much time," Trixie said as they reached the beginning of the path, leading towards the hotel. "There's still so much magick and nature for you to catch up on, but it is also here waiting for you."