During the summer of 1816, Lord Byron invited the poet Percy Bysshe Shelley and his wife-to-be Mary Godwin to spend some months at the Villa Diodati in Switzerland. These poetic rebels were attempting to escape society's disapproval of their radical lifestyles at home in England and to engage in a creative collaboration.

Amongst the group was young Dr. John Polidori, Byron’s personal physician. As the creative and sexual tensions within the group simmered over a “wet, ungenial summer,” Mary Shelley had the famous nightmarish vision that inspired her novel, Frankenstein.

It is well documented that Polidori was also moved to write The Vampyre. However, in this Gothic story, it his seductive night terrors that spur his creativity. Is this mere fiction, or are his vampiric visions a dark and fated fact? 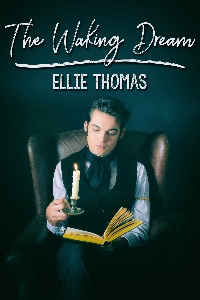 So why at this busy time of excitement and enjoyment was there this underlying feeling of unease? Even now, he could pinpoint that precise moment when he first perceived it. He was seated at a gaming table at an exclusive club one evening, close to midnight.

His eyes and entire attention were on his hand of cards. He had drunk, but not heavily compared to some of his fellows, as there were men at the table whose eyes crossed as they tried to lay down their cards and even missed the table entirely.

John found a modest intake of alcohol quickened his gambling instincts and sharpened his senses. After all, he did not have a vast fortune to throw away in a single night at the card table like the assembled company here.

Then from nowhere, he sensed an icy cold draught on the back of his neck in the stuffy, smoky room reeking of candle wax. Someone behind him was whispering his name in a way that froze the very sweat on his forehead. Ghostly fingers trailed their way around the back of his neck that made him regret his fashionably short haircut. He glanced around quickly, but there was no one there.

One the players, mocking him as an adult to a child, great lord to an insignificant commoner, half-joked at the brief hesitation, “Lost your nerve, have you, boy? Not used to wagering with the grown-ups and your betters and keeping an eye on your cards?”

Knowing that uncertainty would only bring public mockery, John looked steadily at the malicious, flint-grey, glittering eyes in the flushed, arrogant, ham-faced visage. Saying nothing, not to aggravate further disdain, John smiled mechanically. He played his round without fuss, taking care not to lose too much or too quickly.

Almost imperceptibly, he eased himself out of the game as the others continued to lose impossible sums and drink themselves into insensibility.

Glad to leave the over-heated room, while on the way back to Byron’s London residence, he rationalised the strange experience. There’s a scientific explanation. Too much London influence and high living, he told himself. Granted entrance through the solid front door by one of the reams of footmen, he admired the fine high-ceilinged entrance hallway, his luxurious surroundings still startling to him, he made his way up to his room with a rueful smile, keen to reform his dissolute ways.

He slept as if the very dead and woke in the morning with a start. Instead of feeling refreshed and bright, he felt ill and oddly haunted. He looked in the mirror for a self-diagnosis and found his olive complexion pale and his dark eyes dull and shadowed.

He felt as though he had done ten rounds in the boxing ring with the Gentleman. Also, that strange whispered voice calling his name was ringing in his ears. He doused his head abruptly with cold water, dressed carefully and went about his duties.