The Witch's Guide to Werewolves (FF)

Callie McIntyre believes in a lot of things. She believes in tarot cards and moon magic, and that's the reason her last girlfriend left her. But she never believed in werewolves until she meets Devon Miller out in the woods one night.

Devon's story is crazy, but who's Callie to argue about it? With a full moon fast approaching, Callie is determined to help Devon tackle her fears. Sure, neither of them know a thing about werewolves, but with another reluctant lyncathrope in tow and all Callie's witchy optimism at work, surely they can get through Devon's first full moon in one piece... Right? 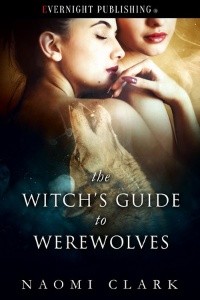 The Witch's Guide to Werewolves (FF)

Callie’s dreams were unusually vivid and surreal, full of whirling images that she only half-remembered when she woke up to the gentle chimes of her alarm. Only one fragment stayed with her as she blinked sleepily at her duvet. A wolf howling at the full moon, his cries painfully lonely. She felt strongly it was a he, too, not a she-wolf. Did that mean anything?

She slid out of bed and went back to the altar, frowning down at the tarot cards. Her gaze drifted to the Hermit and she thought of the mysterious, possibly villainous Noah.

Excitement propelling her, she rushed to the guest room and flung the door open without thinking to knock. “Devon! What if—oh!”

Devon stood at the window, wrapped in the duvet. Her upper back and shoulders were exposed, showing off a fading summer tan and lithe figure. Her short hair was appealingly disheveled, and when she turned in surprise at Callie’s dramatic entrance, the duvet slipped just enough to show the enticing curves of her breasts before she absently tugged it back up.

“Are you okay?” she asked Callie.

Callie had no idea if she was okay. Her cheeks were flaming hot, and she had a sudden vision of herself, her strawberry blonde hair a tangled nest, her pajamas… Oh goddess, I’m wearing the dinosaur pajamas, aren’t I?

“I did actually,” Devon said. “This room is just so peaceful.”

“It’s the lavender,” Callie said. “So. I had an idea, I think. About your … everything.” She found herself blushing again and wished that either Devon was wearing more than just a duvet or that she was wearing something other than dinosaur pajamas. 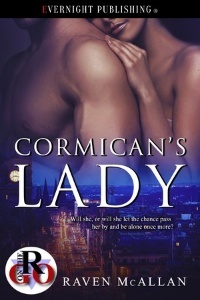