Angela is twenty-nine and living what looks like a comfortable life in a Midwestern college town: she has a home with her adoring long-time partner, a circle of good friends, a recently acquired degree, and a job that uses it. But everything isn’t as lovely as it looks.

Slowly a soul-level unravelling is occurring within Angela, without her knowledge or consent. Each destructive self-sabotaging choice brings her closer to the kind of destruction that ultimately makes room for new growth in a person’s heart.

Enter Elizabeth. Though Angela claims to have paid little attention when they are first introduced, Elizabeth -- Liz -- eventually consumes her every thought, much like the drugs she and her wife have begun to use to mask the growing rift in their relationship. When Angela decides to call her partner’s bluff and invite this new “hot young plaything” to help them patch things up, a decades-long story of pursuit, addiction, love, and growth begins.

Angela’s story winds through her past, each tale about her relationship with Liz opening up a window to times even farther past that have shaped how she connects with other people, especially those she loves. Woven through it all are threads of addiction, abandonment, shame, perseverance, joy, and love. Has she come to terms with her past? With Elizabeth herself? 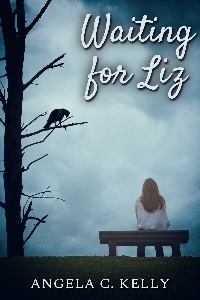 Eventually, Angela organically reached her unconscious threshold of self-imposed torture. The sharpness of the pain became dull. Stalking lost its thrill. Crying all the time began to make her eyes hurt all the time. She withdrew from her friendship with Dustin because being with him only reminded her of Elizabeth, and she no longer wished to be reminded. She began to want to feel better, but good feelings were still uncomfortable and unfamiliar. So the desire slowly shifted to one of blotting out memories and not feeling anything at all. And Angela turned all of the attention that she had so precisely focused on Elizabeth toward narcotics and escapism and her own desire for oblivion.

She went out partying with acquaintances and haunted the local taverns. Even in straight bars she could usually find at least one willing, mildly intoxicated woman to kiss her passionately in the bathroom or outside behind the bushes or who might allow Angela to almost put her hand down their pants. But Angela did not want to take any of them home because she knew that when she sobered up, she would be disappointed that they were still there, that they were not Elizabeth.

Often she put herself in perilous situations. More than once she had gone to after-hours parties once the bars had closed. Depending upon which bar and which part of town she had finished the evening in, the cast of characters varied dramatically. Sometimes there were guns. Sometimes there were quantities of drugs that were obviously for distribution. And sometimes there were men who seemed capable of cutting Angela’s throat if they’d known what she had done -- or even thought about doing -- with their wives and their girlfriends. To some Angela might have appeared fearless but she was not fearless, she was simply uninterested in her own well-being.

And now she was in the strip club, with her stripper, named Jennifer, and her “friends,” celebrating her birthday. She was talking to Dawn and Patty again because Dawn gave Angela money and bought Angela drugs and sometimes paid Angela’s bills, though Patty didn’t know anything about that. While Angela was getting her extended lap-dance session with Jennifer (which was far different from how she danced for the men) she had another one of those unavoidable moments of clarity and inescapable reality. Over Jennifer’s shoulder, Angela saw Dawn, sloppy drunk, belligerent, embarrassing. She saw people she called friends who barely knew her; she saw Carol, whose gift to Angela was a shot of Crown Royal and a card with a free baggie of drugs taped to the inside; there were coworkers from a job Angela was very close to losing; and they were all surrounded by the empty glasses and bottles she had drained in a desperate attempt to escape what she had become. On top of it all, Angela could see her own reflection in the mirror-lined walls of the dancing area behind the DJ booth -- a woman who, at that moment, had nothing and no one, who felt the closest to the person she was paying money to touch her whose real name she only knew because another stripper had told her. Pathetic. There was nothing left for her to do in that instant other than what she did: Angela wept.