It’s 1947. George is going through the motions, sowing seeds and tending plants and harvesting crops. The nursery went on without him perfectly well during the war and he spends a lot of time during the working day hiding from people and working on his own. In the evening he prowls round the place looking for odd jobs to do.

It’s been a long, cold winter and Peter doesn’t think he’ll ever get properly warm or clean again. Finding a place with heated greenhouses and plenty of nooks and crannies to kip in while he’s recovering from nasty flu was an enormous stroke of luck. He’s been here a few days now. The weather is beginning to warm up and he’s just realised there’s a huge reservoir of water in one of the greenhouses they use to water the plants. He’s become obsessed with getting in and having an all-over wash.

What will George do when he finds a scraggy ex-soldier bathing in his reservoir? What will Peter do? Is it time for them to both stop running from the past and settle down? 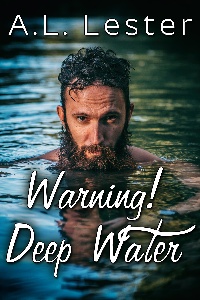 “You didn’t say you liked music,” Peter said, as they were sitting across the table from each other over a cup of tea, once he’d finally pulled himself away from the instrument and reverentially closed the keyboard.

There was clearly a story there.

“It’s nice to hear it played,” George went on. “Instruments should be used, not just sat there as part of the furniture. And ...” He paused again and blushed. “And you play very well.”

“Well,” said Peter shuffling with embarrassment. “I learned as a nipper and just carried on with it. Dad wanted me to go and study somewhere, but I wanted to get out and earn. It would have taken the joy out of it if I’d had to pass exams and such.”

George nodded. “I can see that. And you’re good with your hands.” He blushed again and became very absorbed with mashing the tiny amount of butter left from the ration into his baked potato.

Peter coughed. “Well yes,” he said. He couldn’t help smiling a little at George, although he didn’t let him see. He forged on. He really didn’t want him to be uncomfortable. “I think mathematics and music sort of go together, you know? And I was always good with numbers as well ... it’s a good trait in a joiner.”

George nodded, clearly feeling they were on less dangerous territory. “Yes,” he said. “There’s all sorts of things you can use maths for, but music is pretty rarefied, isn’t it?”

Peter nodded. “This way I get to keep the music and earn a living. There’s always work for a carpenter, like you said the other day.”

He gradually became less self-conscious about playing when George and Mrs Leland were in the house over the next few weeks. It made him feel like another piece of what made him a person was coming back to life.

What it didn’t do was make him any less confused about what was happening between him and George. Half the time he thought George was completely uninterested. But then something would happen that would make him reconsider. The comment about being good with his hands was a case in point. It was a perfectly commonplace thing to say and George shouldn’t have been embarrassed. But he had been. Which meant he’d thought of it in a context that might cause embarrassment.

Peter spent several very enjoyable hours spread over several evenings working through different variations of what the other man might have been thinking.

George was nobody’s Bogart. But he was decent-looking. Nice face, especially when he smiled. A bit soft round the middle, but otherwise hard muscled from the physical work he did day in, day out. Clever ... did his own accounts. Liked music. Made Peter laugh with his dry commentary on things in the paper or local gossip and the social pickles the girls reported on in the break room.

Peter liked him a lot. And fancied him. After the third night of considering at length how he could demonstrate how good with his hands he actually was, he gave up pretending. He fancied George a lot.