Hollywood called her White Heat because that’s the hottest kind.

In 1955, screen siren, Daphne Marlowe, is known for being Hollywood’s White Heat. Her unparalleled beauty and smoldering sensual allure has cast her as a legend before her time. The jealousy and envy of women toward her has been matched by the lust and desire of men obsessed by their fantasies of possessing a silver-screen goddess.

With Los Angeles being known as the city of angels, Hollywood has become a dark beacon for devils. A string of tragic deaths has plagued recent screen idols and celebrities. What’s all the more troubling is that Daphne finds herself linked to each of these untimely deaths. Coincidence…or perhaps a killer’s obsession toward her. As the darkness hidden so well behind the movie screens begins to shadow her world, the danger she faces edges closer and closer. Fans of Hollywood love a compelling murder mystery. Could Daphne be the next victim?

READER ADVISORY: Dare to return to the glamorous days of the 1950s when blonde goddesses ruled Hollywood’s silver screens.

PUBLISHER NOTE: 1950s Noir Romantic Suspense. 37,600 words. All characters depicted in this work of fiction are 18 years of age or older. 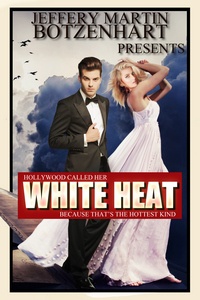 “This town is built on professional jealousy. Enjoy the smiling faces but watch for the knife being held behind their back.”

“She lobbied hard for someone else to get your role in Avalon.”

“She was spotted in Los Angeles the day before Margot died. The two were seen eating lunch at the Hollywood Polo Club, whispering and laughing, thick as thieves.”

Knowing Mallory was back in town heightened the tension Daphne fought to hide. Both had a long-standing professional rivalry that wasn’t going to end anytime soon.

“Tell me the truth,” Norma insisted. “Why are you really here? You could have told the studio no.”

“It’s like I said, the studio heads demanded I show up. They want as much publicity as possible. My new picture is doing well in theaters. They want to make sure I stay in the public eye.”

“I saw Avalon. You’re brilliant in it. Much better than the dumb blonde roles you normally are given. The Hollywood foreign press is gushing reviews for you. Even an Academy Award nomination is a possibility. Unfortunately, your co-star, Byron Sterling, is not receiving such attention.”

“Byron was distracted during much of the filming. His mistress was on set at all times.”

“What was her name?”

“Brandy. When the director yelled, ‘cut’, Byron’s lips were all over her. Every day he’d show up drunk.”

“And here I thought you were talking about a woman. I’m surprised he got away with being drunk on set.”

“Now, Norma, you know as well as I do that Hollywood has always been a boys’ club. Even now in 1955, they protect their own. Women are just here for the sex. Those vile fiends in charge always get their way. Every woman becomes their prey, especially the pretty young girls arriving daily, hoping to become a star. What none of them realize is that their first role will be on their backs, fighting off the animal urges of the powerful men on top of them.”

“That’s a rather bleak observation of the Hollywood elite,” Norma commented. “Accurate, but bleak. I’m sure, though, there are some good men here.”

“Yes, there are,” Daphne agreed. “You know how to tell them from the others?”

“The good men are the ones trying to leave town and never come back.”