Adrienne’s heart is broken. The man she thought was her boyfriend turned out to be someone else’s husband. Trawling despondently through a London antique shop, a Victorian writing desk catches her eye, but only when she gets it home does she discover its hidden treasure – a pile of letters, more than a century old, telling an explicit tale of the sexual awakening of an aristrocratic young woman, at the hands of her new governess. Meanwhile, in a nearby pub, a feisty young lesbian is about to cross Adrienne’s path, sparking a very 21st-century awakening, which might just mend her broken heart … 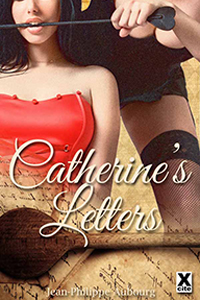 His squeezing of her breast had become more insistent, but now he let go. Soon both his hands were pulling at the buttons of her blouse, drawing it open and dragging it down her shoulders. To be rid of it completely she was obliged to pull her right hand out of his fly, but as it came out she brought his penis with it. Adrienne gasped as the hard member sprang into the open.

Momentarily released from contact with him, she decided to make the most of it before diving back into the fray. She stood and unclipped the front-fastening bra to fully reveal her breasts, then dropped the wispy garment on the carpet with her blouse. Her skirt followed and, seeing no cause for modesty, so did her panties. Her hold-up stockings were academic; she decided not to waste time pulling them off.

She sank back on the sofa and renewed her kiss with James. Both his hands cupped her breasts and soon his lips began to slide down her neck, then the upper slopes of her chest, and finally onto the ultra-sensitive aureole. Adrienne gasped as his tongue and lips rolled around each of her nipples in turn. She ran her hands through his hair, urging him to stronger and stronger motions, until he was taking a whole bud into his mouth each time.

After several minutes of sucking, by which time her nipples were throbbing, she decided it was time to return the compliment. She pushed him back against the sofa. He looked up, desire burning in his eyes. He followed her gaze as her eyes wandered down to his penis, jutting proudly from his trousers. He grinned as he guessed what was coming.

Sliding onto her knees, she took the base of his tool in her left hand, circling it with her fingers. It jumped as she touched it, and she hoped she had not left it too late. Gingerly, she squeezed his testicles. They felt tight, the texture of the skin rough and furrowed. She saw the glans pulsing and decided to get on with her task as quickly as possible.

Pointing her tongue, she put the tip on the underside of his swollen head. She flicked upwards and was rewarded with a groan. She gave him a couple more licks before planting several gentle kisses on him. A small drop of fluid had formed on the very tip and she gently scooped it off with her tongue. He shivered, and so did she as she tasted his saltiness.

She knew she had to move quickly to achieve what she wanted. She carefully slid back James’s foreskin. The glans was swollen and purple and she knew he was ready for action. Adrienne opened her lips and smoothed them over the end of his organ.

His moans grew louder and his breath came in short stabs. His hips began to buck in time with the bobbing of her head. Both movements became faster. Adrienne felt her own fingers brush her lips as her stimulation of his penis reached a crescendo. She gave his balls another squeeze and that was it. He was gone.

She gagged as the strong, thick fluid hit the back of her throat. There was too much – some even spilled from between her lips and trickled down his shaft. Her head movements slowed as he pulsed three or four times. Then he was still. She gave his length a gentle stroke before swallowing for the last time and pulling her mouth away from the shiny, wet end. It was rapidly becoming limp and as she kissed the tip, then ran her tongue over it, he moaned and tried to pull away. Now it was too sensitive to be any use, for the moment at least. 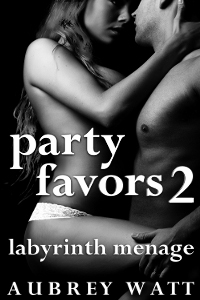 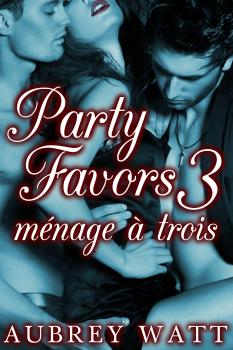