Melvin is the singer from the band Nameless Irony. After divorcing his wife, Celina, five years ago, he still longs for her and she haunts his dreams. Unable to perform, he quits. After a chance meeting with Celina, he is determined to get a second chance. Will Celina accept or is it really too late? 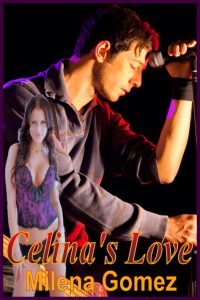 Celina woke at the sound of the knock on the door. She had been having the weirdest dream. She had dreamt that Melvin had looked at her masturbate last night and when they were about to finally get it on, her eyes opened and she felt disappointed.
“Darn, why did Aisha have to wake me up in the best part of the dream?”
Another knock was heard and then she replied, “Come in.”
To her surprise Melvin stood in front of her with a tray of food. He looked so handsome in the morning, that instead of getting mad at him for being there she reminisced on the times she had woken up by his side.
He looks more handsome than I remember.