When the close friend of Martin and Jeff fails to arrive on his scheduled flight, they learn that he had mysteriously disappeared on the Eve of All Hallows. Martin has not returned to his small hometown, the town where his and Jeff’s friend had lived, for over fifteen years. After discovering a pattern of very similar mysterious deaths which have coincidentally or perhaps conveniently occurred over the past several years in his small hometown, and all on Halloween night, Martin decides that this is the year to pay a visit to the town of his birth. 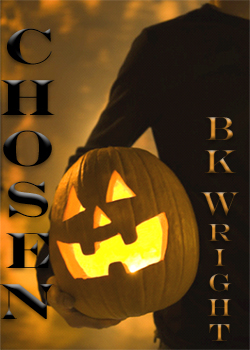 It could have happened in any small town, and in every small town there are secrets, secrets which must be kept from those who are not a part of the town, those who are considered to be outsiders. Martin could have come from any small town, and Martin was certain that he had known everything that there was to know about the sleepy little town that he had called home during his growing up years, but there was something very strange and very unsettling going on there now.

To the inhabitants of the little town of Martin’s birth, the Eve of All Hallows meant so much more than a good time. While the children dressed in costumes and went merrily about their way in their hunt for candy to fill their Trick-or-Treat bags, the adults of the town quietly held a secret vigil or something similar to one, in the hope that one or all of their loved ones who had passed before them would return to them, if only for one night. But Martin was now convinced that there was much more involved in these very secretive meetings than a simple vigil. If one were to research the archives of the local newspaper, one would discover that in the last few years someone had mysteriously disappeared from the town of Marysville on All Hallows Eve, and that someone had seemed to fit a somewhat specific profile. The person was always male, always well educated which was in stark contrast to the majority of the permanent residents of the town, and the person had somehow let it slip that he had suspected that there was something a bit too odd about the small town.

No one from Marysville had told Martin directly about his friend’s untimely and mysterious demise this year on All Hallows Eve, nor had anyone planned to tell him. Ken Atherby had been planning to travel to Chicago for Fall Break which was always conveniently scheduled for the first week of November, immediately following All Hallows Eve, and when Ken had failed to arrive on his scheduled flight, Martin had decided that this was one mysterious death that he could not dismiss. This time, it was personal.

Jeff looked around as they walked into the small community hospital. “May I help you?” the greeter asked. Martin flashed his badge at the woman. Martin was a detective as well as an attorney, and he had used his badge on more than one occasion to get noticed. Martin knew that the flashing of a badge was such an oddity in Marysville that the woman would not have time to notice its Chicago origin. Martin put his badge away, having achieved his intended goal of getting the woman to talk. “We would like some information on a homicide. I understand this is where the autopsy was performed.” The woman had heard of no such homicide. “You must be mistaken, sir. We have had no homicides in Marysville for as long as I can remember. Our last autopsy was performed on the body of a man who died of natural causes.” Martin had not asked for nearly the amount of information that the woman was providing, but he knew that she would provide it. Jeff was amazed. If only things were this easy in Chicago. “Natural causes, you say?” Martin asked the talkative woman. “Yes, sir. It was so sad. Ken was the nicest guy, and a great teacher.” “A teacher was he?” “Yes, he was. The accident occurred on Halloween.”