Even whimsical Christi Bell does what any sane young woman would do when a bizarre man wearing an army trench coat and goggles says such things to her — she runs. Still the haunting words resonate. The stranger seems to know her, to understand her. Only one man has ever known her very essence… and that man has been dead for exactly one year.

Despite friends’ warnings, Christi investigates. She discovers peculiar things, like the stranger lives in a beat-up old trailer that resembles her toaster. She begins to understand him. But is he a stalker or a protector? If a protector, from what is he shielding her? When Christi learns a disturbing truth, she banishes him from her life. Yet nothing erases the eerie knowledge that they are connected. Now she must find him before year’s end in order to banish her own demons… 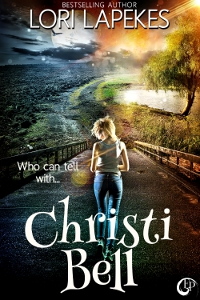