Christian Grey by Another Name

It was the end of innocence as I knew it. At the age of fifteen, I was expected to be a submissive to a dominant. My dominant knew no other way to love or live. His was a love to which I found myself vulnerable, a love for which I was unprepared, and a love which ultimately threatened my survival. 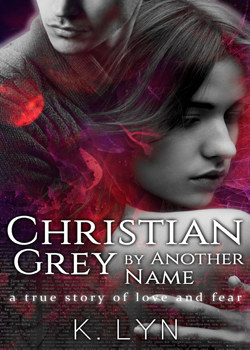 Christian Grey by Another Name

I was fifteen, impressionable, naïve and curious. He was a tall young man, with hair as black as a raven and the darkest eyes I had ever seen. Throughout the coming years, I would try to see behind the deep set eyes, but there was little emotion behind them, as years of abuse had instilled in him a stoicism rarely seen in someone as young as he. His lips were full and soft, and his slender body had not yet thickened to form the broad physique of a grown man. He was sexy in a raw, edgy sort of way, the desire to be refined never a part of him, though he craved respect, a craving that would never be satisfied.

He felt the need to dominate me, and my willingness to submit to him was what he craved, as in his world, submission was a form of respect. Domination and submission was what he had learned from his father, and it was what he knew. It was sick and twisted, but I had become his possession. I was scared and confused, and as time passed I became paranoid and defensive, like my abuser, as I began to follow the path of least resistance.

The dark secret we shared set us apart from other teenage couples in our hometown. I was Ophelia, defending my Hamlet through the rage and brutality, because I knew what he had been through and what he continued to experience, even as I allowed the insanity to consume me.