Photographer Mitch Carson is tired of big city life. He just wants to settle down in a quiet town with his daughter, Angie. Even that doesn’t quell his fear of losing his daughter to his scheming mother-in-law. Sophie Gardner wants to be a screenwriter. She's ready to leave small-town Zutphen, Michigan, and go to Hollywood. With a theater degree under her belt, she's busy writing scripts while helping out her sister Joanie, who's bedridden with a difficult pregnancy. Unfortunately, Joanie has somehow coerced Sophie into directing the Christmas pageant at Zutphen Community Church. When Sophie and Mitch meet, the attraction is instant and mutual. But each wants what the other is trying to get away from. Can they deny their feelings and pursue their dreams? Or will the holiday prove to them that their true wishes might not be what they'd thought? 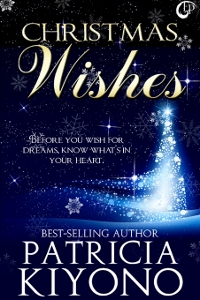