When a group of friends come upon a car crashed into a tree, they are surprised to find that the woman inside is alive. She tells the group that she and her co-worker had been filming the abandoned Singleton residence for a news report when it grew cold inside the house. They left, and walked toward the swamp not far from the abandoned abode. The swamp was frozen, with thinner ice in places and frozen footprints emanating from the swamp and going into the forest…human footprints. Thinking that the prints were made by kids as a joke, the two reporters followed them and noticed what appeared to be an animal or a human zoom into the trees. Assuming that the creature was hiding, the man approached it, and the couple found themselves surrounded by bodies staring at them. The news duo turned and ran back to their car, where they found another creature preventing them from getting away. The creature grabbed the man’s neck as the woman screamed and watched helplessly as the creature dragged her co-worker into the forest…

The group of friends are mesmerized by the woman’s story and they set out to solve the mystery. 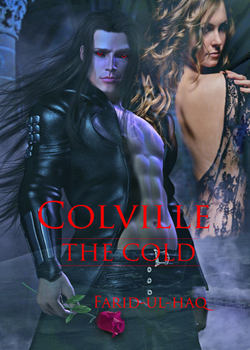 It was a cold night and a figure was walking towards the swamp, treading so lightly that it made no footprints. It was if the figure was floating, barely touching the ground. It went through the trees, its pale face coming in and out of the moonlight as it walked below the branches overhead. The swamp came into view and it stopped an inch away from the frozen layer of murky water. It turned around. No one was following her. She had made certain of that when she froze the rocks outside the hole in the cave. Satisfied, she stepped onto the frozen layer of ice covering the surface of the swamp. She knew it would not break. She had made herself light enough to walk on it. She looked up at the dark sky and rested her gaze upon the moon shining above her. She lifted her arms as if to fly and began whispering in a language as old as time. She knew the words well. She had recited the incantations before and now she was whispering them again.

The air became cold and the leaves of the trees began to rustle. She heard a howl from somewhere far away. Why was she doing this? Why was she putting her friends in danger? She did not know. All she knew was that there was some higher power making her do it all and it wanted more. It wanted revenge and it wanted it now. At first she had tried to resist the calling, but she was too weak, and she could not fight it. She didn’t want to fight it. Her whispering became louder and the ice around her began to crack. She saw something deep inside the swamp start to break the ice from below. The air around her became heavy, as if someone was there with her, a sinister unseen presence. She did not stop and began to whisper her incantations faster. The sheet of ice gave way and a decayed hand broke the surface of the water.