Trent, a young, handsome, lithe stage dancer, enjoying the best mix of the genes from a Jamaican father and French mother, is cruising the ocean with a dance troupe. He also is cruising for older, experienced men—and sometimes fending off the advances of younger, athletic men and sometimes not. While pursuing the sensual and dangerous-looking ship’s saxophonist, Buzz, in competition with a bevy of wealthy widows, on a Bahamas cruise out of Baltimore, Trent falls under the sway of an older and openly sexual and inventive Brazilian. Buzz at last shows interest in Trent too and acts on that in an overpowering way. Now Trent is left with a choice to make, if the men in his life will permit him to make the choice. 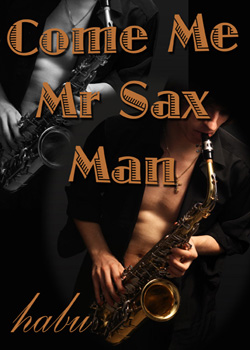 The Glory of the Seas cruise liner was in full entertainment mode, and those who had gathered in the Schooner bar for their prelunch alcoholic fix while listening to the combo of Dean on the piano and Buzz on the saxophone had mostly drifted away to other pursuits. A few diehards held on, though. . . . Two who were hanging on and listening to the music—and closely following every move Buzz made—were holding up either end of the bar facing the baby grand nestled up against the picture windows at the side of the bar overlooking the passing waves. . . .

At one end of the bar perched Glenda, a chiffon-scarf swathed, twice-divorced, and once widowed bottle-blonde, a pencil-thin, martini chain-drinking international model several decades removed. . . . At the other end of the bar, not as oblivious to Glenda and her intentions as the self-absorbed and perpetually pickled Glenda was to him, sat Trent. Trent was a ship performer just as Buzz was. He was a dancer in one of a few Gems of the Sea fourteen-member song and dance troupes that floated around the cruise line’s fleet. . . . Trent wasn’t a headliner, but he was good enough to be a lead dancer. He also was young, handsome, and lithe enough and enjoying the best mix of the genes from a Jamaican father and French mother to give him a standout sensual aspect in the set of three male dancers that typically backed up the lead singers.

During this set, Buzz had looked to him several times, projecting a heat and interest that had kept Trent plastered to the bar long after most others had drifted away. At the same time, Trent was not unaware that Buzz had also been exchanging looks with the older, rather floozy, but also obviously very rich, blonde at the other end of the bar.

It was a mystery to Trent who Buzz was favoring, but he knew there was some sort of competition under way. Thus, it was frustrating and a great disappoint when, having reached the end of his set, Buzz drifted over to the blonde. It wasn’t a complete surprise though. Buzz and Trent hadn’t actually ever talked, so Trent couldn’t make any claims that Buzz swung in his direction. . . .

Not wanting to give up possibilities, though, Trent stayed glued to the bar, nursing his second beer, while Buzz and the old blonde bantered for a short time, all smiles and tinkling laughter on her part and half-amused sultry looks on Buzz’s part, as Buzz moved closer and closer into her body. Eventually, with a hand on the small of her back as she perched on the stool, Buzz leaned over and whispered in her ear. Almost imperceptibly, although Trent was watching so closely that he caught it, Buzz cupped one of the woman’s breasts with his other hand. Trent could almost hear the woman purring from the other end of the bar.

Trent was still sitting there when the blonde had climbed off her perch, downed the last of her last martini, picked her clutch purse off the surface of the bar, and the two had glided from the room. Buzz was guiding her along with a hand cupping one of her buttocks cheeks.

Trent snapped back into consciousness of where he was. The barman was standing by him, gesturing at his now-empty beer glass. His eyebrow was raised and he was pretending not to know the struggle that had just transpired—and that Trent had lost.

“I was just here for the music,” Trent said, with a defensive edge showing in his voice. He didn’t need anyone to come up with an excuse. Buzz just preferred women, and Trent had misread the signals. Too bad; he was a real hunk.

The barman pressed the subject. “I get off at four. Maybe you’d like—”

Trent turned and looked at the guy, seeing him for the first time. He was cute, but he wasn’t a bruiser. At least he didn’t come across that way despite the tattooing showing at the wrist of his white shirt. He was tall and thin and wiry. Trent was in the mood to be manhandled, not cuddled. 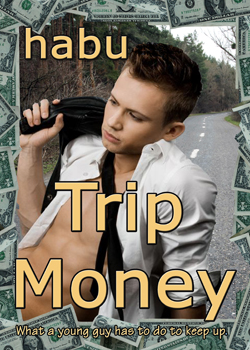 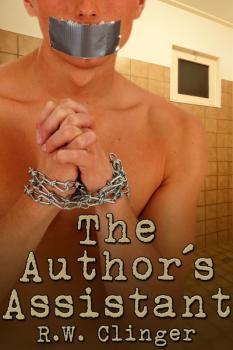 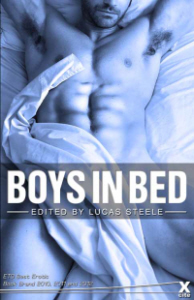 Boys in Bed
Lucas Steele
In Shelf
$4.99
Tweets by
sirenbookstrand