The whore caters to her clients every desires. Their wants become her own. Not this time. Not this client… ?

A London socialite, a daughter’s infamous alter-ego, the whore has but one desire to escape a haunting past, only to find herself face to face with the man that can bring down the carefully crafted world around her. ?

Back with a single burning desire, the politician wages battle to reclaim

This review was posted on Wicked Reads: vkwickedreads.wordpress.com & includes the reviews for installments 1-3 all 5 stars

The London Brown series is broken into installments or, rather, episodes. Episode #1 introduces the reader to "The Whore" London Brown, the alter ego of Desniah Williams- A 26 year old, affluent, black woman.

London Brown #1 Confessions of a Whore

The reader is immersed into the ways of an escort as London meets with a client. Their encounter gives us a glimpse into past hurts that shaped their very lives. I will admit it was difficult for me to get into this installment until I was used to the writing style. Halfway through I was thoroughly engrossed. By the episode's conclusion I was hooked. I give props to Leila DeSint on her concept of short episodes instead of a full length novel. I was eager to start the next episode.

London Brown #2 Confessions of a Whore

This episode still features "The Whore" London Brown with the exception that we finally see her thinking of herself in third person; a true separation of London Brown vs Des. We watch as London enjoyed hedonistic delights with a pair of clients, Kees- a sadist dominant & Ivo- I assume is Kees actual slave(submissive). I enjoyed the trios interaction, showing rather than telling us about bdsm. At the end of this installment my curiosity was piqued. I wanted to know what was happening with CJ(Caden the 4th), what created the psychological break in London/Des, and hoping that in the future we enjoy Kess&Ivo's company again. I have a theory on the pair. I will not share my thoughts on this. My intuition (storyline radar) is never wrong. ;)

London Brown #3 Confessions of a Politician

The episode features "the Politician" Caden Jacob Carrington the V- previously the client from episode 1 and the object of London/Des' thoughts. The reader watches as Cade tries to win the affections of Des. Des is the personality that is in command of our female protagonist. The separation of the "personalities" intrigues me. This installment gives the most background for our tortured characters. I won't go into detail to avoid spoilage. The underlying premise hooks you while the connections of the characters draws you in and the steamy scenes cements your need for the next installment.

I am excited to read the 4th installment: Confessions of a Philanthropist, where we meet Rhys Christos Edward Stowell. I am curious to see what this character brings to the story. The London Brown series is reminiscent of a steamy soap filled with twists, turns, intrigue, and not your average sex- Kink & wicked things...

"I thought I'd have to spend my entire life wondering what touching you would be like. If you are amenable to the encounter, I won't have to."

Did he believe I would falter? Worse, that I'd be flattered? Someone had told him about what I do. His father would be one of many with something to gain from revealing my secret. But not the only one…

"I don't see why not, given you've paid handsomely for the privilege." With my index finger, I traced his pursed lips.

No change in his expression, which only told me he didn't like the pile of shit he'd stepped into. If he was going to stand here and act like this was about sex, did he really think that I should treat this any differently? He'd get what he paid for.

His stare never left mine. "We both know you want not."

"That is where you are wrong. All I am is want." I turned my head toward the ornate timepiece on the wall and stared. "And your meter is running."

He released me. Not surprising. "Money isn't an issue."

The Carrington holding mirrored my own family's wealth. "But time is."

"Ah, yes. The matter of two and a half hours." He searched my eyes.

More than he needed for a sexual encounter. I always allotted two and a half hours the first time with a new client, and most needed much less. It allowed time to feel each other out and see if we wanted to proceed. Even for those clients that required pillow talk, there was usually time left on the meter.

"You never seemed the type who needed to pay for sex." So why was he paying for me?

"I want the pleasure of you, and you are only available to me in this manner." He slid out a chair for me. I, in turn, sat. Textured fabric brushed my outer labia. I could only hope I didn't cream a wet spot. After he sat next to me, he filled my glass then his own. "So I'm getting what I want by whatever means it is available to me." 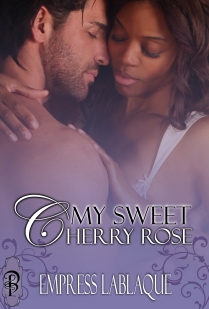