Damsel in Distress by Troy Seate

A speed trap outside a dusty desert town results in more than a husband and wife reunion, when they find themselves in the hands of naughty police officers who definitely love to break the law. Is distress, like pleasure, all in the mind and body of the beholder?

Vi Voom was pregnant, according to her husband, Hollywood’s shortest movie tycoon Colonel Tilson T. Pickett. And he hadn’t salted her eggs, because his lil’ pardner’d been limper than Hoover’s economic recovery plan the past six months. The ol’ cowpoke wanted Dick Polk to find the penetrating perpetrator, and the Tinseltown PI was up for the task, in more ways than one. Little did they both realize, though, that Polk’s poking around would uncover the deepest, darkest, dirtiest secret any sultry screen siren could dare to conceal under her filmy femme frock.

Who Pays? by JR Roberts

Return of the Black Lily by Elizabeth Coldwell

The former jewel thief known as The Black Lily is now living in retirement, but she’s finding it boring, even with her lover and slave, Jocelyn, by her side. An invitation to a friend’s weekend house party offers the chance of a return to her old life, when she spots an antique jade sex toy she simply has to have. But what will be the consequences of taking such a thrilling risk?

The Fire Triangle by Mia Lovejoy

Vern feels the burn for a hot new recruit on his fire crew rumoured to be a lesbian and a witch. Married to Holly, his attraction to Claire couldn’t be more inappropriate. Just when Vern thinks his devilish desire for a scorching love triangle is under control, all hell breaks loose as arson fires pop up on the forest. As the district’s only Law Enforcement Officer, he is obligated to investigate. Fortunately, he can’t help but to get himself into a compromising position … 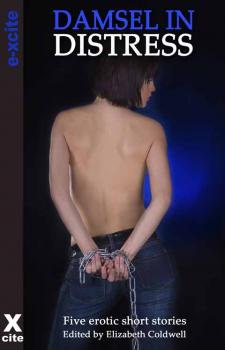 Jocelyn’s sweet lips were busy between my legs, lapping at my clit. When she glanced up from time to time, anxious to make sure she was satisfying her mistress, I gave her head a reassuring pat, letting her know I was enjoying everything she was doing to me. Still, as I took another liqueur chocolate from the box at my side, biting through its crisp outer shell to the syrupy, brandied filling, I could barely stifle a sigh. Who knew retirement would prove so dull?

Oh, I had all the time I wanted to indulge my every whim, along with more than enough wealth to make my life very comfortable indeed. And with beautiful, submissive Jocelyn as my lover and slave, I should have been the happiest woman on earth. But I missed the thrills of my previous life, the one that had placed me in this most enviable position.

Under the alias of The Black Lily, I’d been a highly successful jewel thief. The police had pursued me, but I’d never been caught, even though I’d taken all manner of risks, creeping into bedrooms in the dead of night in search of booty. For my weakness wasn’t just money, it was beautiful women – and I’d met plenty of those in the course of my adventures, though none as delicious as Jocelyn, who I’d met while she was modelling an item I was attempting to steal.

My problem, I decided, as Jocelyn’s tongue lashed against my clit and sent me tumbling into orgasm, was that life no longer held an element of risk. I had to do something dangerous before I expired of boredom.

But first, I had the small matter of a weekend in the country to negotiate.

The invitation came as a complete surprise. I hadn’t seen Catriona for years. We’d been best friends at boarding school, but our paths had diverged when she met and married a wealthy industrialist. They’d been living in Switzerland, until the marriage came to an abrupt end when Catriona caught him fucking the au pair in the marital bed. It was by no means the first affair Rex had conducted, but it was the first one she hadn’t known about. As she told me later, it was the simple lack of etiquette that appalled her. In the divorce settlement, she’d been awarded his old family home, Mottram Hall – he’d kept his properties in Zurich and New York, and his private island in the Maldives. Catriona was keen for me to see her new residence – and to bitch about Rex, I was sure – and invited me along to a house party she was throwing. The prospect of spending a weekend marooned in the wilds of Suffolk, up to my knees in mud and surrounded by the sort of chinless wonders I’d spent much of my career depriving of their valuables, filled me with dread. But I was sure I could anaesthetise myself to the worst of the horrors to come with the aid of enough gin. And I’d have Jocelyn to amuse me in the evenings. Or so I thought.