'Das Haus' The House and the Son of the Rabbi: A Novel

Das Haus, (The House) is a story spanning almost seventy years, and is partially based on TRUE EVENTS as told to the author by our hero Erik Goldmann (Fictitious name) and the author’s father-in-law. At the request of Erik, many of the characters and locations were changed to protect the survivors of that long ago Holocaust known as World War II. It has become a NOVEL partially based on some true events.

The setting is modern day, with flashbacks to WWII Germany. This book recounts the story of an American journalist’s attempt to investigate the resurgence of Fascism throughout the world, and especially in Germany. It is actually two books in one. The story switches back and forth from modern day to WWII. It shows how Fascism is still alive and well in Germany, Europe and even in the USA. It connects a modern day investigation, to the horrors of the past. Direct experiences by the author are incorporated into the novel, and make for an exciting personal adventure by our characters. Although many of the characters are real, it had to be written as a novel based on some true events.

It is the amazing adventure of two young Jewish-German children growing up in an idyllic small village near the Belgium frontier. Their lives suddenly and forever changed by the “Night of the Crystal” and their detention in Buchenwald concentration camp. His eventual release and escape to America. How a brave young man, Erik, was given another chance to redeem himself by joining the American Army on December 8th, 1941. His amazing true adventure of fighting in North Africa, Sicily, Italy; landing at Normandy and fighting all the way across France, Belgium and surviving the “Battle of the Bulge.”

On February 25th, 1945 he was given command of an Army infantry unit, and allowed to liberate his own village six years after his deportation. The incredible circle of life was rejoined and completed. Unfortunately he was the only Jewish survivor of his village.

The spiritual quest for his family, and the rest of the Jews of Niedergeyer (Fictitious) eventually leads him to a meeting with the American journalist researching modern day Fascism. It is an exciting journey into hell and back again. A mixture of Schindler’s List and Saving Private Ryan. 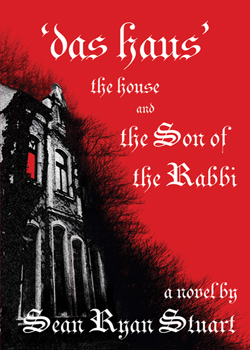 'Das Haus' The House and the Son of the Rabbi: A Novel