The spectacular Dana James brings you an engrossing story of doctors, danger and undeniable chemistry.

Working on a vaccine to prevent malaria, Dr Maren Harvey is looking forward to a field trip into the highlands of Papua New Guinea, until she arrives and meets her guide, Dr Nicholas Calder. Though the antagonism between them is undeniable, Maren refuses to be deterred. She may be in unknown and dangerous territory – in more ways than one – but she's not a quitter, and Nicholas Calder has met his match.

Power, trust and passion will blossom, in the highlands of New Guinea. 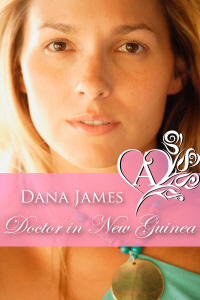