Want to get rid of your wife? Easy. Find a lookalike, send her out of town and then take care of business. But what happens when the lookalike decides to take over for the wife? Then what? 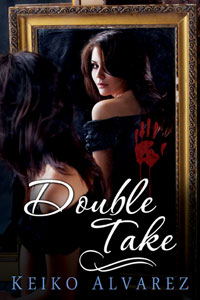 Hal Abbott froze. He knew that a call on his throwaway cell phone could mean only one thing—he was receiving a call from a man he knew only as Mr. Smith. Both excited and terrified, he was unable to find his voice.

“I’ve found her,” Mr. Smith said. “I didn’t think it would be possible. Blue-eyed Asian-mix women are not exactly in abundance in San Antonio. However, this girl looks amazingly like your wife. The only difference that I can tell is that she has a mole on her neck, but of course I’m working with photographs so I can’t be sure. Therefore, now it’s up to you to decide if she’ll work for…your plan. From what I have learned, she’s a middle-priced call girl who works the downtown hotels during the day. She shows up at the corner of Main and 5th, gets on the number 66 bus and after that…well, I don’t really care. I figure she’s only been here a month or so and has no local family. That’s important because, if she disappears, no one will necessarily miss her. Hookers come and go, you know? If you want to proceed, make it a point to be on that bus at five today.”

“Goodbye, Mr. Jones,” Smith said. “Call me with your decision later today. And…by the way, refer to the girl as Jane Doe. That’s as much information as you need.”

Abbott terminated the call, held his head in his hands and rubbed his temples. It was his own fault. He had been an idiot to let her one request creep into the pre-nup. If he sued for divorce, she’d get half of everything, but if she sued, she’d get nothing. That was the way it was supposed to be. The courts, however, had screwed up everything for him and men like him. There were too many loopholes that women capitalized on, loopholes that bled rich men dry. She would be sure to find one someday and he couldn’t let that happen.

On the plus side, there was probably no likelihood that was she going to divorce him. Why would she? She was living the country club life, playing tennis every day, running up tabs for lunch and drinks, buying new outfits—whatever she wanted to do. In the beginning it was okay. Every man envied him because she was so fucking beautiful but now…she was still beautiful, but…but now there was Antoinette. No. He couldn’t take the chance. His wife had to go.

Abbott picked up his office phone and punched in some numbers. A few seconds later, Antoinette, a five-ten black haired French-Canadian stunner sashayed into his office. Leaning over his desk to give him an unobstructed view of her unfettered breasts, she whispered, “Yes, Mr. Abbott?”

It took less than a second for blood to rush into Abbott’s loins. His breath shortened and sweat began to pour down his sides. “I have to be somewhere at five today,” he said. “We’ll have to move up our appointment.”

Antoinette’s lips curled into a sly smile. “Perhaps I should prepare something special for our appointment,” she said. “Something…different?”

“Use your imagination,” Abbott said.

Turning on her heels and snapping her hips, Antoinette laughed. “Oh, I will,” she said. “Trust me, I will.”