Ekaterina and the Night

When a mysterious angel of death who calls herself Emma enters their lives, Ekaterina and Alexander know their days together are numbered. A shocking climax set in Venice in winter brings the three protagonists together.

A tale of sex and tenderness that ranks alongside Jakubowski classic The State of Montana. 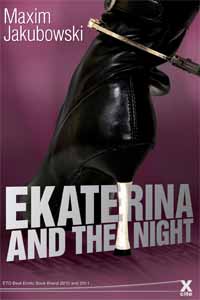 Ekaterina and the Night