Jorn Jabbots is a human living in Bielran, one of the fortified settlements along the borders of once elven territories. In one of his adolescent explorations of the city he meets a mysterious elven girl that has the God-given power to defeat the mage responsible of her people’s exodus. Three years later the forces of the mage approach to take Bielran by siege. That’s when Jorn finds Leara, the elven girl, even though he has never seen her since. He ventures to help her and her friends--and finds the outside world far different from how he imagined it. 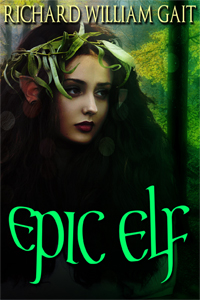 Jorn spent much of his early childhood with his grandmother, an herbalist.

“Your mother doesn’t have the talent,” old Hrenna said to him once upon a time, “nor do you. When I’ll be gone, all of this will be lost to you no-goods.”

Hrenna was very impatient and bad tempered, but by the time he was six she had taught him to read, write and count. In her lifetime she was entrepreneurial enough to open her own shop—Lotions and Potions. Being business oriented, she kept detailed log books, and taught Jorn to register the herbal stock, the merchandise flowing out, and the coin flowing into her shop.

Even though she made a good profit, going to school for kids in the fortified city of Bielran remained too expensive for her to send Jorn. He was ten years old when Grandmother and his ever-absent parents—mum a potter, dad a miner—spoke about affording it.

“If you want to throw money out of the window, it better be yours,” shrieked Hrenna, standing by the kitchen table.

“But mother, you said yourself how Jorn learns quickly.”

Hidden behind the kitchen door, Jorn caught a glimpse of his father sitting quietly. His dad’s gaze was cold as the stone he chipped away, leaning as he stared at his work-hardened hands—probably trying to avoid meeting gazes with his mother-in-law.

Jorn made sure to be well hidden when his dad spoke to his mum. “If she doesn’t help, it’s going to cost us all of our savings.”

There was a long moment of silence before it was Hrenna who spoke again. “It may take years before they discover his aptitude, if he even has one. Nine out of ten don’t make it and have to look for work in the crafts—or else,” she said spitefully.

Even though Jorn couldn’t see her, he knew Grandmother had to be smiling viciously at his dad.

There was no more speaking of sending him to school, and for a while he just helped by keeping the shop tidy and organised. Their house was over the shop and on two floors, close to the end of the busy brick road going from the outer city walls to the market square in front of the inner castle gate. Jorn had his own room where, from time to time, he read old Hrenna’s books, which were difficult even though adorned by marvellous illustrations. He wished he could learn more of history and the legends instead, but that was something that was done in those schools he couldn’t attend. So he had to make do with knowing about the properties of the different herbs she either purchased or grew in the back garden. Sometimes Jorn gazed at the garden by leaning out of the small window in his room. The muddy patch where old Hrenna grew her plants was surrounded by low stone buildings with smoking chimneys and red shingle roofs, the eaves collecting the pouring rain, splashing before it flowed down to the drains.