Once Upon A Time, the faery princess Keely tried to match . . .

. . . a misguided faery maiden and a surly but handsome knight, the pirate Devlin Angell and the ever-hopeful Myra, a faery under the ruse of Lord Kembell and a lady of nobel birth, a blacksmith and a duchess, a flapper and a barnstormer pilot . . .

But can Keely keep her own heart?

With faery magic, anything can happen!

This enchanted carpet-ride features ten romantic faery tales, ten happy couples, and a journey through history with Keely, who grows from a kindergartener to a beautiful young faery woman. 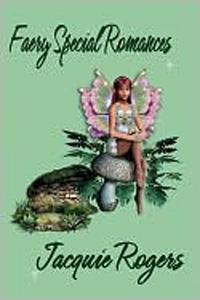 What a delightful collection of stories!  This impressive author took the concept of the young faery Keely and brought her through the ages (Faeries live thousands of years, don't cha know!) from pesky adolescent to adulthood.  In each story she is sometimes charming, sometimes bossy, but always amusing in her antics and smart aleck dialogs.  Each tale is charming all on its own and you will learn a lot about faery life from this wonderfully conceived and precious collection of short stories that will entertain you from the first to last page!

Shaylah a faery is sent on a task by Queen Yana to help Sir Darian find his true love, and with the help of  <?xml:namespace prefix = st1 ns = "urn:schemas-microsoft-com:office:smarttags" />Yana's daughter Keely,  ends up to be Shaylah herself!

Much Ado About Faeries (

Caedmon, the last of the Golden Clan warriors is commanded to woo Gracie of the Red Clan, his betrothed to ensure an heir and keep the powers of the Portal rather than cede them to the queen. Caedmon and Gracie end up playing parts of the changeling Will Shakespeare's play A Midsummer Night's Dream but will they end up mating the way they should, or will Keely's interference mess things up?

Faeries of the Caribbean London 1655

With the help of her Faery Godmother Keely, Myra who is down and out and working in a tavern is whisked to a pirate ship captained by Captain Devlin Angel Would Myra's dreams come true of marriage to a handsome, wealthy Viscount or to a pirate of the sea?  Who's to say with Keely around.

Rhionne, Goddess of the Harvest is told by Queen Yana that she is to bear the child of Lugh, God of the Sun only her golden dream man Duncan Fletcher is a human.  Will Rhionne with the help of Keely convince him to mate and remain in the faery world?

Posing as Lord Kemball, Gryffyn has created eye glass lenses for three human lively elderly ladies. On the day they come to pick them up, he meets Miss Euphemia Edeson (Effie).  Gryffyn had never pursued any female faeries before but something about this human Effie has taken hold of his heart.

When the human Zachary Dillon is brought to the faery infirmary to be healed by Gwennyth the faery healer, she had to use desperate measures to save him. In the process she lost her heart and later her healing powers, and needed Dillon to come back and be her mate for all time!

The Duchess and the Dirtwater Faery (Idaho Territory, 1885)

Kegan a faery himself who stayed in the human world to avoid marriage to a shrew of a faery meets Grace, the childless Dowager Duchess of Willoughton.   Keely is sent to negotiate marriage and a few thousand years to live childless in the faery world, or a human lifetime with lots of babies in the human world.  Which realm would they decide to live in?

Jazzie the faery flapper needed a job in order to live in the human world. Also hanging about in the human world were Quinn, the faery flyboy whom Jazzie had a crush on for 400 years and  Blair, who according to Keely was Jazzie's true soulmate. Could Keely be wrong?  You'll have to read it to find out.

Dr. Sean Morgan practiced dentistry by day, and played the tooth fairy for his region at night.  When the very luscious Candi Collins walked through his office door, Sean's heart did a flip flop but could he turn human for her or would Candi and her daughter Moriah live in the faery world with him?

Keely tries to make it in the human world running Virgin Freedom Travel and having a hard time of it.  When Tyler Grant chose to book his honeymoon, Keely didn't have the heart or the opportunity to tell him his fianc was pregnant and marrying the father of her baby.  Tyler was ecstatic when he found out, he didn't want to marry his fianc anyway because it was an arranged marriage.  Instead, he convinced Keely to accompany him on his honeymoon. Oh my! 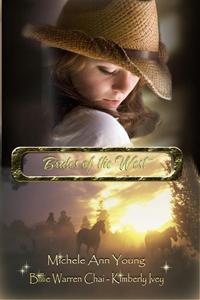 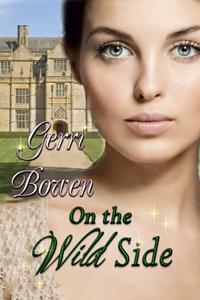 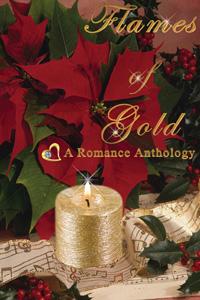 The Duke and Miss Jones (MF)
Karen Lingefelt
In Shelf
$3.99
Tweets by
sirenbookstrand