In the sequel to A Time Before Me, Mason Hamilton starts his thirties off in what he considers a great place in life; a successful photography career in San Francisco, close friends, and a cute live-in boyfriend. Just when he thinks things can't get any better everything rapidly falls apart when his old high school friend and crush, Billy Harris, pays a surprise and turmoil filled visit. Now feeling confused and directionless, Mason travels back home to the New Orleans French Quarter to attend his Aunt Savannah's wedding. It's there in the decadent and live-and-let-live Big Easy that Mason begins to reconnect with old friends, family-and perhaps finally even himself. When Mason gets the opportunity to rekindle a romance from his teenage years with the guy he's never been able to forget, Joey, he wonders if it is possible to recapture young love twelve years later. 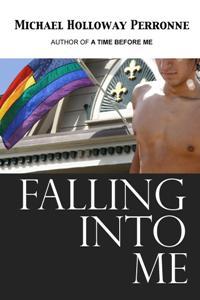 It was 2004. The country wondered what direction the upcoming presidential election would take us, San Francisco’s mayor took a lot of heat for issuing marriage licenses to gay couples, and Janet Jackson helped us coin the new unfortunate term “wardrobe malfunction.” I was watching the video for her new song when my phone rang.
“Hey, Mace, it’s Billy!” an enthusiastic voice shouted on the other end.
I sat straight up on my couch. Billy Harris. Oh, there’s a story! Billy and I became friends in junior high, and we were practically joined at the hip until we graduated from high school. Billy had also been my first huge crush. I had practically worshipped him. His light blue eyes, corn silk blonde hair, and whiter than white smile made my heart melt every time I laid eyes on him. He also had this charming personality that, combined with his good looks, won people over, or at least I thought so at the time. After graduation, he hightailed his ass to New York City. Over the years, he would pop up every now and then and often disappear as fast as he had appeared. He seemed to drift from one city to the other, pick up a bartending job, and then when he got bored, skip town. His looks, so far, seemed to help him coast along on this path without ever taking on any real responsibilities. You had to wonder how long it could last though. After all, we didn’t just recently emerge from the womb. Both of us had turned thirty this year, and his years of hard-core partying were bound to catch up with him.
“Billy, where are you at?” I asked.
“Take a wild guess!”
I half-moaned. With him, who the hell knew? Bangladesh?
“I don’t know. San Diego still?”
“Ah, hell no! I haven’t been there in months. I was in Phoenix for a while after that. It was just too damn hot- the weather, not the men! I’ll be in your neck of the woods soon, man, San Fran!”
“Oh, wow!”
I tried to sound enthusiastic. It’s not that I minded seeing him. It’s just that Billy has a habit of often stirring up trouble. Of course, he never intends for this to happen. It just does. The last time I saw him had been a couple of years earlier. I had lived in San Francisco for a few years at that point. Billy came through town and insisted we had to meet up in the Castro. We hung out for a while, that is until he started hitting on this one cute little Latin guy that ended up having a very worked-out burly boyfriend. One thing led to the next, and Billy ended up getting into a fistfight in the bar with the pissed off boyfriend. In all my time, I had never seen a fight break out in a gay bar! After all, gay men would never want to mess up their outfits or their face. Sure, catty words might be exchanged, but blood drawn- never!
The cops showed up, hauled them both off to jail, and I ended up having to bail Billy out. Please keep in mind, at the time, I was barely paying my rent, too.
As soon as he was out of jail, and the charges eventually got dropped, he told me, “Sorry, man, but I gotta get out of here. I’m getting bad vibes from this town.”
I wondered what could have brought him back.
“I thought you swore you’d never come back here?” I asked.
“Ah, Mace, that was years ago. I’ve been studying yoga, and one thing it’s helped me with is my fear of letting go. I’m letting the past stay in the past, and I’m embracing my present. Do you know what I mean?”
I didn’t really, but I didn’t feel like hearing any explanation either.
“When will you be in town?” I asked.
“Tomorrow. I figured I’d hang out for a while, see if I can pick up any work, and then decide what to do.”
Flighty, as usual.
“Hey, I got a favor to ask you, Mason.”
Here it comes!
“The contact I was going to rent a room from, well he’s out of town until next Friday, so I was wondering if I could crash at your place for a few days.”
“Oh,” was all I could manage to say. I wasn’t sure how Colin would feel about a last minute houseguest.
“It’ll be like I’m not even there, man. I just need a place to stash my bag and sleep if I don’t, well, ya know, get lucky or something,” he chuckled.
“I’m sure one night would be okay, but I need to speak to Colin first about something longer.”
“No prob, man, I understand. Sounds great. See ya tomorrow. Ah, shit…gotta go. Bye.”
“Billy-” I said, before I heard a click. He had never even told me what time he would arrive.
Typical.
The oven timer went off and jolted me back to the present and the surprise dinner I was cooking. It was mine and Colin’s six-month anniversary for living together.
Ours had been a whirlwind romance. I had met him a little over a year earlier while we were both taking part in a charity AIDS walk. Right when I felt like my legs were going to give up on me walking uphill in Hayes Valley, Colin appeared with a water bottle and a warm smile for me. Before I knew it, we had progressed from dating, to boyfriends, to living together.
I had recently turned thirty, and I had the boyfriend, a growing career, and wonderful friends. I thought things couldn’t possibly get any better.
They didn’t.

“Thank God I’m home!” I heard Colin yell as the door slammed behind him. “The phones would not stop at work today.”
I heard him walk into our small dining area, and then the footsteps stopped. I knew he had seen the candles lit, the plates set, and the roses on the table.
“Mason? Sweetie?”
He walked into the kitchen to find me standing next to the stove with a bottle of wine in one hand and two plastic wineglasses in the other. A look of panic swept over his face. I knew him well enough to know that he had freaked out and was worried about what holiday, birthday, or anniversary he had forgotten.
“Hey, sexy,” I said.
I walked over and planted a deep, wet kiss, the kind he said made him weak in the knees.
“Wow, that’s a nice way to come home from work,” he said.
He wrapped his arms around me and pulled me tight against him.
“Happy six month anniversary,” I whispered into his ear.
“Oh, sweetie,” he began, “I’m so sorry. I didn’t even think…”
I quieted him by placing another kiss on his lips.
“I just wanted to do something special for you because you deserve it,” I said.
I wrapped my arms around him and held him even closer. No matter how bad or long my day may have been, anytime I could hold Colin, kiss him, feel him next to me, it gave my body a tingle, and I automatically relaxed. He brought a calm to my being I had never experienced before. Looking into his bright gray eyes, running my fingers through his sandy blonde hair, feeling his breath against my neck sent me straight to heaven.
His eyes met mine, and he said, “I have the best boyfriend in the whole world, you know?”
“Nah, I think I do,” I said.
We both chuckled, our eyes met, and I knew dinner would be delayed.

“Mason, why do you love me so much?” Colin asked.
I raised my head up from his chest and looked at him.
“Why would you ask me that?”
He wrapped his arms around me tighter and sighed. These were the times I enjoyed most- just him and me in our bed cuddling and holding each other in our home.
Colin’s eyes roamed over my uncovered body and his fingertips softly scratched my back.
“I don’t know,” he began. “Sometimes I just wonder what I did to deserve you. You’re so nice to me.”
I rose up and kissed him softly on his forehead, his nose, and then his mouth.
“What do you mean? You’re a great guy. How could I not be?”
“Thanks,” he said.
As I looked in his eyes, I could tell that his mind had wandered off to someplace that did not include me and this moment. I started to ask him more, but I decided not to. Katie always told me I overanalyze too much.
“You’re beautiful, you know that?” I said to him.
“Stop,” he giggled and buried his face in my neck.
“It’s true,” I said.
He looked up at me and placed a kiss on my lips. Our eyes met, he smiled, but somehow, I knew he just wasn’t convinced.