Fire and Ice by Alanna Appleton

The ski trip was to be a dream holiday for the three young women, but as much as Nina and Rachel were lusting for more intimate attentions from their hunky ski instructor, Mike, their friend seemed immune to his charms. In fact, the normally perky Lucy was proving to be as openly hostile and uncooperative as possible. Her extreme behaviour positively invites a damned good spanking from Mike, and when she encounters him alone during a night-time stroll her insolence finally has her across his knees, with her knickers down and her blazing bottom in need of some ice.

Too Close to Call by Jenna Bright

Jake and Jess have two firm rules for their not-a-relationship: Rule One - No one finds out. Rule Two - It’s not going anywhere. Between the thrill of secret sex, and putting one over on their friends, it’s working perfectly well for them. But on a night out with friends – and their exes – it’s the third, unspoken rule that’s really going to get them in trouble. Rule Three – Never back down from a challenge.

“You fuck my partner, and I’ll fuck yours.” Tyler could hardly believe the man’s proposition when he heard it. Especially when the guy claimed it might actually improve things with his partner, Damon. But the man was convincing, his friend’s oral skills in the backseat of the car even more persuasive. The swap was on.

The Captain’s Lady by Harriet Fitzherbert

When racehorse owner Patrick meets feisty Clara at Aintree, she makes a bet with him that he simply can’t refuse. If his horse wins, she’ll be his lady for the night – and once they’re alone in his hotel room, with champagne on ice and her desire for him impossible to ignore, all bets are off … 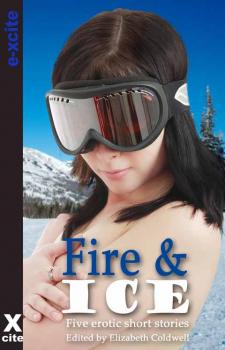 Lucy had watched Mike’s habits over the last two days, and noticed that at some point during the evening he always took a stroll down by the lake. Hoping he wasn’t meeting someone down there, she hastily threw a heavy topcoat on over her flimsy cocktail dress.

Around the lake there were romantic pathways cut through the pines, with benches almost hidden in little nooks. Coloured lights were strung along the most prominent, but some were in darkness. Exiting the bar onto the sun terrace Lucy saw her quarry disappearing under the trees over to the left. Descending the sun terrace steps in black heels required caution, as did the compacted snow under her hurrying feet as she headed for the same pathway that Mike had taken.

Once under the snow-heavy canopy, the sounds of music and laughter from the lodge became more muffled. As a secretive hush descended on her, Lucy hurried along the pathway, slipping occasionally on a particularly icy stretch. Up ahead, the overhanging branches and the coloured bulbs weaved confusing patterns of light and dark, making it difficult to see too far along the path. The lake faded in and out of view, and as its twists and turns became more confusing she realised that not only had she lost track of Mike, but she hadn’t a clue where she was.

She turned back, walked a little way, and then found that the pathway branched off.

I don’t remember that. Which path did I come by?

Uncertain, she chose the one closest to the lake, but as she walked she realised that she was in darkness, the coloured lights were gone. The cold was getting to her, numbing her ankles and feet and creeping with stealthy fingers inside the coat.

Great! They’ll find my frozen corpse by a frozen lake, dressed in flimsy evening wear: they’ll figure I lost whatever smarts I had to begin with. Maybe they’ll think it was a suicide. I was so desperate not to learn to ski that I deliberately chose freezing to death.

She was about to try retracing her steps when she heard the welcome sound of boots scrunching over snow.

‘Hello!’ she called out, relief in her voice.

‘Hello yourself,’ Mike answered, appearing out of the shadows up ahead. ‘What are you doing out here?’ He stepped closer, peering at her attire. ‘My God, are you wearing a cocktail dress under that coat? Are you crazy, as well as rude?’

Shivering under the coat, she still stood her ground. Now was her chance, even in this unlikely setting. ‘What I’m wearing is of no concern to you. You just stick to your job of showing people how to fall down an alp.’ She waved an imperious hand at him. ‘Now, do you want to let me past?’

He stared at her in plain disbelief. ‘You’re going on – what, right around the lake? You’ll be an ice statue before you’re halfway round.’

‘Then I won’t be able to listen to you lecturing me any more, will I?’

She saw the anger flare up in his eyes as he took a step towards her.

Yes! I’ve got him now! Just one more little push!

‘What – you’re going to stop me? That would need a better man than you.’

‘You know what you need?’

‘You need a damned good spanking, and I’ve a good mind to put you over my knee right here and now.’

‘You’ve got a good mind? That’s a laugh! You’re just a big brainless dick! You just try spanking me, I dare you.’

For a moment he hesitated, and Lucy’s heart almost stopped.

Oh no, he’s thinking of the consequences, asking if it’s worth it. I have to force his hand now, before he changes his mind.

Lucy stepped right up to him and slapped his face hard. ‘There!’ she said. ‘If that doesn’t deserve a spanking I guess you’re all talk.’

‘Right!’ he whispered, his tone hushed and determined. He caught hold of her wrist and began dragging her behind him back along the path.

‘Where are you taking me?’

He didn’t answer, and a few seconds later she saw the coloured lights again, and a bench set back into a niche in the trees. The lake spread out in front of them, the ice glittering in the frosted moonlight.

Mike sat down on the bench and pulled her roughly across his knees. Lucy struggled, but not too much to give him trouble positioning her with her bottom prominent. He flipped the topcoat up over her waist and placed a large, rough hand on her buttocks. She could feel his palm and splayed fingers through the thin material of underwear and dress.

Mike stared for a moment at the firmly rounded mounds clearly outlined by the clingy cocktail dress, and felt his mouth go dry.

‘I’m really going to enjoy this,’ he said, his hand moving over the silky covering on her bottom.

‘I’ll bet you are,’ Lucy answered with an ineffective squirm. Her voice was suddenly husky, and not from the cold. ‘You’re just the type to get your kicks from smacking a helpless woman on her bottom. I demand you let me up right now or you’ll be sorry.’

‘I don’t think so,’ he growled, reaching down to gather up the hem of her dress.

‘What are you doing? Stop that!’

He hiked the dress right up over the waist and laid it on top of the coat.

‘No! Stop it! You can see my knickers! Pull my dress down at once!’

Despite her protests, this was what she had wanted from the first moment she saw him. Her heart fluttered wildly as she imagined what he was feasting his eyes on: the softly rounded globes of her behind, with the deep cleft showing darkly through fairly diaphanous cerise coloured knickers; suspender straps of the same colour framing her spread buttocks, and thigh flesh that was bulging slightly above her stocking tops.

The instant he lifted his palm she felt the cold air on her exposed lower regions.

‘Not for long. I intend to warm it up for you. Perhaps it’ll warm your personality as well.’ His left arm wrapped around her lower back, preventing her from rising, while the right hand went to work.

His large, rough palm came down with a resounding crack across both buttocks. The impact was unexpectedly sharp and painful, and she let out an involuntary gasp.

He followed this up with a series of hard smacks that had her buttocks wobbling and bouncing under the repeated assault. Lucy lay gasping in both pleasure and pain, becoming less aware of the cold air in one region at least. Through the transparency of the cerise knickers, Mike could see her buttocks reddening quite dramatically.

He paused and said, ‘Do you think you’ve learned your lesson yet?’

Not by a long shot. ‘Go to hell! You can smack my arse as hard as you want, you’ll still be a brainless dick.’

Mike sighed. ‘This is going to be tougher than I thought. I was going to let you off easy, just a few light smacks.’

‘But I guess I’m just going to have to take your knickers down and give your bare arse a seeing-to.’

‘No! Don’t you dare pull my pants down!’ She felt the flimsy knickers glide over her already sore buttocks, to end up twisted around her thighs. ‘This is indecent! Stop it! Someone could come! I don’t want them seeing me like this! Please, you can’t do this! Pull my knickers up!’

‘No one will be out here at this time,’ he assured her. ‘And I wouldn’t care if they did see. You’re getting what you deserve.’

As his hand kneaded her bare, reddened cheeks, she pleaded, ‘Oh, please, stop it!’

Far from stopping, he renewed his assault on her now fully exposed bottom, his palm rising and falling ever more rapidly. Her buttocks churned with each loud smack. As she bucked and squirmed against the pain, she was in no way putting it on. The heat in her bottom was building to unendurable levels with each crack of his big, calloused palm.

He gave her upper thighs, between stocking top and buttocks, several hard smacks each and then paused. Gasping, Lucy lay face down across his knees, a mass of dark hair tumbling over her tear-streaked face.

He’s made me cry, she realised with some surprise. How wonderful!

Feeling his hand stroking and kneading at her bum flesh once more, she whispered, ‘I hope you’re enjoying yourself back there.’

‘I am, thank you. You have a perfect arse for spanking.’

‘And you just couldn’t wait to get my pants down, could you?’

‘You asked for this,’ he told her severely. ‘You’ve been begging for it ever since you got here.’ He turned thoughtful for a moment, and Lucy could sense him working it out. ‘It’s almost as though you wanted me to do this to you.’