Julia was dedicated to the cause, even though she was marked a traitor by her own kind for becoming a Federal Witch Hunter. When her partner captures a man from her past, Julia must make a choice: Let the witch be tortured, or blow her cover and go with plan B.

All Edmund wanted was to help the magical community and escape his extremist lifestyle. Instead he was setup and captured by Witch Hunters. Cut off from his magic and held prisoner, Edmund didn’t think things could get worse. Then Julia struts into his holding cell with an escape plan. 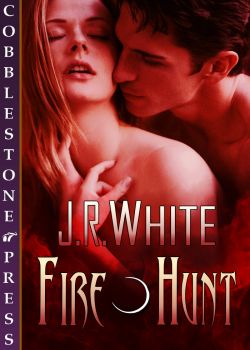 The yellow glow of street lights filtered into the back alley, throwing shadows past large green dumpsters. Edmond Strigoi tucked himself further into a nook between the filth and listened for the heavy footsteps of the men pursuing him. His breathing was heavy and a fire had started to burn through his legs after having run into the alley only seconds before. He leaned back against the grungy wall, bracing his hands on his upper legs. Stretching his arm caused a sharp pain to shoot down his side. Reaching up he found a red feathered dart embedded in his upper bicep. Jerking the thing out and tossing it across the wet pavement, he looked around again for any signs of the men following him.

This wasn’t his night. A small squad of Witch Hunters was chasing him down and he couldn’t think of a single place to hide. The only thing he could think about was the draining flow of magic coursing through his blood. Compulsively, he rubbed his fingertips together, praying a spark would flare to life. Nothing. Not even a visible puff of smoke. It was like someone had thrown a bucket of ice cold water over a raging fire.

He could almost feel the smoke tingling over his hands, but the heat was gone. His fire had answered his call when he had started running; he had even thrown a bit toward the Witch Hunters before running off. Now there was nothing. It had to be that thing they shot into his arm. In the rush to escape the bullets and magic zooming through the open parking lot, he hadn’t noticed the dart at first. It had just been a ping in his upper arm as he stumbled down the street.

His stomach began to cramp so violently he let out a painful groan and doubled over, landing hard on the street. Whatever was ripping apart inside of him threatened to drag him across the bridge to the other side. The tightening pain began travelling up his spine and soon pounded its way into his skull. He squeezed his eyes closed, trying to block out the sudden glaring lights. His teeth dug into his bottom lip as he tried not to scream.

The sound of shoes came booming into the alley, making his head feel like it was about to burst. He groaned as rough hands grabbed him and pulled him to his feet. Kicking out and trying to slam his elbow into the man’s gut, he shoved himself away, but collided with the brick wall again. His world went white and a loud searing tone tore through his ears.

When the white began to fade out, leaving the world in a hazy gray, Edmund found himself flat on his stomach with his arms pinned behind his back. He tried to struggle through the haze. From above him, a deep, angry voice declared, “Stay still, punk, or I’ll be forced to knock you out.”

Edmund jerked to the left and then threw himself to the right the best he could. The sudden movement nearly dislodged the man holding him down, but not quite. Edmund’s effort was rewarded with a sharp, heavy knee jammed into his lower back and his face was smacked against the pavement. “Stay still!”

The dizziness caused by the impact, along with the near blinding haze, slowed his struggles. He was only vaguely aware of the metal click of handcuffs closing around his wrists. Before he knew it, his world did another flip as he was jerked upwards. He felt like he was being thrown through the air as the Witch Hunter walked him toward a car that had appeared out of nowhere. When he was dropped into the back his head sank into the worn seat.

Soft cloth caressed his abused face and Edmund closed his eyes with a sigh. He knew before too long he would be in an integration room with a Witch Hunter trying to pry every last drop of information out of him. There would be a lot more pain to come along with the questions.

Just don’t be Jul. Anyone but Jul. Edmund could stand up to anything but that betraying hell witch. 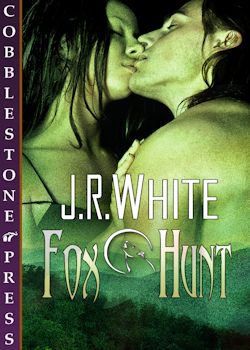