She will risk everything to be with the flesh and blood man she loves!

When Sassy is given the chance to be with the man she desperately wants, she quickly makes a deal to become human, no matter the cost. But she soon realizes that the human world is unlike her own, and often unkind, and the man she loves is different than she expected. She wishes she could return to her world, but that will require a sacrifice greater than she knows. 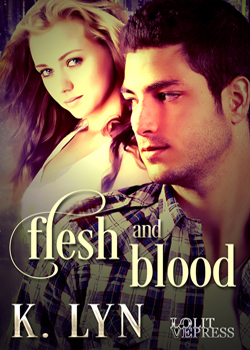 “I want to be with Tony no matter what it costs me.”

“And it will cost you a lot. Once you agree to the terms and conditions, your decision cannot be reversed.”

“You will have one year. That year is yours to be with whom you wish, but the moment your time is up, you will perish and die. Think carefully.”

As she stared up at Tony’s room, she realized that she wanted to be part of his world no matter the cost. “I want to be a human.”

***
Suddenly Tony began to remove his clothes. Sassy jumped backward, frazzled. Her face became hot due to feelings she couldn’t explain, and she turned around, pretending to examine a woman with an endangered species of bird on her underwear. Sassy wondered whether it was customary to wear underwear at the beach.

“You know,” Tony said with a joking tone, “if you want to hang around with me, you’re going to have to look at me in a swimsuit. I brought you one, too. You’re pretty skinny, like Savannah, so I got you one of hers.”

A red bikini hit her squarely in the head, knocking all embarrassing thoughts from her mind. It was tiny, something she had never thought she would wear in human form, but she shrugged her shoulders. Mirroring Tony, she started to remove her t-shirt, which had also been borrowed from Savannah, but Tony grabbed her before she could finish the task. He whispered in her ear, giving her the shivers, “What on earth are you doing, Sassy? You can’t just strip in the middle of a crowded beach. You need to change in the bathroom.”

“You changed outside,” Sassy said, looking down at him.

“I had my bathing suit on underneath my clothes. I’ve got to stop forgetting that you’re… uh… special. There’s a bathroom right there. Go into a stall and come out in the bathing suit.”

Sassy nodded her head and ran to the large building that Tony had pointed at. She stumbled inside of it, discovering a world full of women pampering themselves, as well as an insulting odor. All she could do to keep from staring was keep her eyes firmly on her red suit.