Francis, Not the Saint: A True Story

Francis, Not the Saint is a true story of a family’s triumph over adversity during The Great Depression and World War II. It is an important part of history. It is also a mesmerizing story of a wonderful mother who taught her three children morals and manners and was sometimes thought of as a saint, and a father who was anything but a saint, though his religious background gnawed at his very soul. It is a story of a man who tried to juggle three families at the same time and found out that it cannot be done. A man who lied and cheated and made his children victims of his lies. It is also a spiritual story of a daughter’s forgiveness of the lies he told, which is a criteria for complete and peaceful existence.

About the Author:
Floriana Hall, b. 10/2/27, Pittsburgh, PA, graduate and Distinguished Alumna of Cuyahoga Falls High School, Cuyahoga Falls, Ohio, attended Akron University, married Robert Hall 63 years, five children, nine grandchildren, five great-grandchildren, author/editor of sixteen non-fiction inspirational books, SMALL CHANGE, self published; THE ADVENTURES OF FLOSSIE, ROBBIE, AND JUNEY During The Great Depression (2006), THE SANDS OF RHYME, self published, DADDY WAS A BAD BOY, OUT OF THE ORDINARY SHORT STORIES, HEARTS ON THE MEND (2006), FRANCIS, NOT THE SAINT in English and Spanish, MISS FLOSSIE'S WORLD – Coping with Adversity During The Great Depression Then and The Recession Now, SHORT STORIES OF ANGELS, HOPE, AND LAUGHTER.
Founder/coordinator of the Poet’s Nook at Cuyahoga Falls Library, Editor of The Poet’s Nook’s five books, THROUGH OUR EYES, POEMS OF BEAUTIFUL NORTHEAST OHIO, POET’S NOOK POTPOURRI, and TOUCHING THE HEARTS OF GENERATIONS and POEMS OF BEAUTIFUL OHIO, Then and Now. Winner of many poetry contests. Published in United States, England, France and India. Poetry teacher, YOU, ME, AND POETRY, for www.LssWritingSchool.com
WHO’S WHO IN US WRITERS, EDITORS AND POETS, WHO’S WHO IN INTERNATIONAL POETRY, MARQUIS WHO’S WHO IN AMERICA. Works compared to Poe and Hawthorne style by Taj Mahal Review. 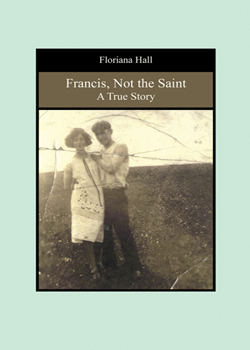 Francis, Not the Saint: A True Story