When Simon Maxwell’s archenemy backs out of the annual competition, he thinks the prize is in the bag. But a surprise appearance from The Spartan’s long-lost sister leaves Simon scrambling for a foot hold.

He’s sworn to protect the town, but the girl from his past has him spinning in circles from the start. Is she here to help her brother, or are her motives pure? When every turn hides another trap and each twist holds a new secret, Simon risks more than just his honor. Can he win the girl before the finish line? And how can he save the town, when winning the race means losing his heart? 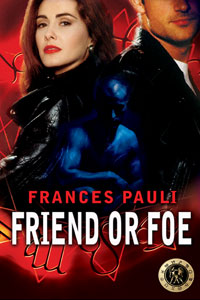 Her voice pulled him into step beside her, but she turned back to Mayor Lee almost immediately. The spell held just the same and Simon continued along at her right shoulder, rapt and watching the highlights shimmer in her hair while she listened to the mayor go on about something or another.

Simon nodded agreement, but the woman continued to watch Lee instead of him.

“A chance to show our gratitude,” Lee continued. “For all that you’ve done for the town.”

“There’s no need.” She shook her head, protesting the attention.

“Surely there is, my dear.” Mayor Lee waved an arm toward the library across the street. As he did so, he caught site of Simon alongside of them. “Oh good, Maxwell. Thought I’d lost you there for a moment. The new library.” He continued his argument. “Your generous check for the parks foundation.”

“Anonymous check,” the woman corrected. “If you please, Mayor Lee.”

Simon swooned inside. He managed to keep walking, resisted the temptation to run a hand through the mysterious town benefactor’s silky hair. He tuned out the mayor and focused on imagining what their children would look like. He’d almost chosen a name for their firstborn by the time they reached the platform.

Spaulding’s voice, whiny and trembling with anger, broke through his trance. “It’s about damn time you got here!”

Simon started up the stairs, intent on defending the mayor and the future Mrs. Maxwell, but a strong feminine hand wrapped around his forearm. The contact sent enough electricity through him to stop his feet. He turned and found a pair of brown eyes appraising him. She stepped closer and the hand on his arm tightened. Her lovely face turned to either side in a gentle reproof. Of course, Simon thought, restraint.

Mayor Lee passed them, took the stairs to the podium with nothing more than a scowl of disapproval for Spaulding. Simon frowned, but resisted the urge to throttle Rutherford for his insolence.

“Now,” Mayor Lee waved for them to join him. “Since we’re all here, we can get this year’s competition started.”

“No.” Simon found his voice, remembered his predicament in a rush of clarity. He hadn’t had a chance to run the plan by Lee, but there’d be no help for it now. He shook his head. “I don’t intend to compete against Agnes. I suggest we postpone.”

“Simon, Simon,” the woman at his elbow whispered. She stepped away from him and laughed softly. “It’s cute, really, but there’s no need.”

The mayor nodded agreement from the podium. Behind him, Spaulding sneered and rubbed his hands together. Simon looked from one to the other. He looked at the woman beside him and then back to Spaulding. He squinted and looked at her again. His bride-to-be had Spaulding’s high cheekbones. She had a strong, Rutherford jaw. The satisfied smile, however, was all hers.

“As for intentions,” she said. “I fully intend to leave you in the dust.”