Ghosts in the Graveyard

Most kids can’t wait to dress up in costumes and go trick or treating on Halloween. Not the Foster children. Even the promise of receiving a slew of candy doesn’t interest them. Charlie, Jack, and Millie know the truth about All Hallows Eve. That it’s a day to fear, a day when the dead walk the earth again. And with their house sitting directly behind a graveyard, they are prime targets for the spirits to haunt… 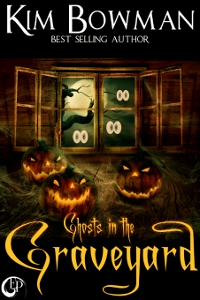 Ghosts in the Graveyard

When witches go riding, and black cats are seen,
the moon laughs and whispers, ‘tis near Halloween.
~Author Unknown

All adventures, especially into new territory, are scary.
~Sally Ride