Gift from the Sea

A young American drifter-adventurer, Sebastian, arrives from the sea in Valletta, Malta, willing to sell his body or have casual sex with men for his keep. He drifts from a male brothel to the hillside villa of ailing British actor, Clifford Gainsworth, who has gathered an artists’ colony of gay men, all with interest in and access to the accommodating young American ginger twink. Sebastian’s primary interest is in sailing the seas on classic sailing yachts, though. His willingness to just drift on the sea and give his body to men who will take him sailing leads him to further adventures in a sail to Italy and then to Turkey. The journey for this gift to men from the sea, though, eventually leads right back to Malta. 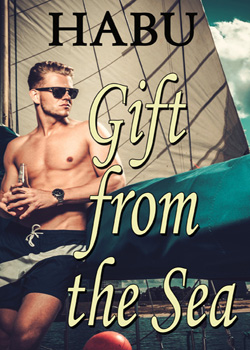 Gift from the Sea

The sailboat was standing in quite close to the shore—close enough that the two blond hunks on board should have been aware that they were under observation. Evidently they didn’t care. This wasn’t Scandinavia, though. Malta was more traditional, and they were taking a risk. It gave Sebastian an extra little thrill that they were taking the risk.

Sebastian lowered his elbows onto the top of the rock wall of the terrace of Clifford Gainsworth’s hillside villa by the north side of the Valetta fortress to steady his gaze through the binoculars down into the cove. Both men were naked, sunning themselves on their backs on the roof of the sailboat pilot house. Sebastian recognized the sailing yacht as a Little Harbor 75. It was a sleek, two-masted motor yacht that was worth nearly a million dollars. Sebastian knew his sailboats. Not only was he fascinated with them, but he also had bummed his way from the States across the Atlantic and down the French coast into the Mediterranean aboard sailboats before, seemingly just rising up from the sea, he landed up here at the old British film actor’s hidey hole on Malta.

Gainsworth had such a hidey hole outside Britain because he took in young men just like Sebastian and corrupted them in ways that society didn’t particularly approve of, if they hadn’t already come that way. Sebastian, in contrast to his look of youthful innocence, had come to him well used in that way.

The two young men—older than Sebastian’s twenty, but not by a full decade—also looked like they were worth a million dollars . . . each. They were built. Both were Nordic, and he now could also attest that they were horse hung—something that Sebastian sorely missed. . . .

“What do you see out there?” The Italian painter, Mateos, asked, looking up from his canvas. He was painting the curve in the line of the coastline north from the fortress walls, catching an abstract, but still faithful, view of the other villas hanging on the hillside as this older section of the city cascaded down to the Mediterranean. Mateos too was a hunk—or clearly had been in earlier life. He was something beyond fifty now, but it was evident he’d been quite something in his day. He still dressed—or, rather, undressed—for the part. Of course he knew he had been attention getting. He paraded around the villa, having taken up residence there without apparent permission or care, in his salt and pepper curly-haired hirsute almost altogether. He said he was putting together an exhibit on Malta, and no doubt when he was done, carefree freeloader that he was, he would evaporate as quietly as he had materialized two weeks earlier. When Sebastian and Gainsworth discussed that possibility, the old actor assured Sebastian they would count the silverware after Mateos had departed.

In the meantime there was no evidence that Clifford was thinking of booting him out of the free ride in the villa. The two were fast friends and partners in scheming.

Having gotten Sebastian to notice him and turn his head, Mateos repeated, “What do you see out there?”

“Oh, nothing much,” responded the ginger-haired twink of proportions Mateos had said were pleasing enough that he’d painted Sebastian in various positions—and mostly nude—stretched out on the top of the terrace wall. “Just looking out to the sea.” He saw no reason to admit to Mateos what had caught his attention. Sebastian doubted that Mateos would appreciate the competition the Nordic hunks would represent and there existed a “failure to completely satisfy” tension between the aging artist and the young man. 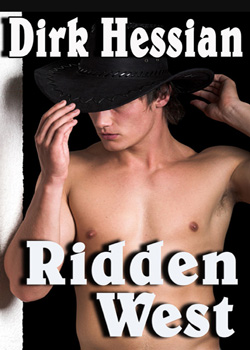 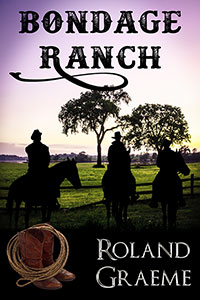