Alexis Duncan and her family move into a home once owned by an evil tyrant, and are blissfully unaware of the horrors that await them. Strange apparitions, orbs floating in the woods outside their windows, and frightening specters in their bedrooms are only the beginning.

Alexis alienates her hardcore boyfriend, Joe, and his cronies, after meeting a young man named Reed who understands the manifestation of ghostly occurrences. He sets out to save her from them and also from an insanely jealous Joe. He'll kill to save her, even if it means losing Alexis in process. 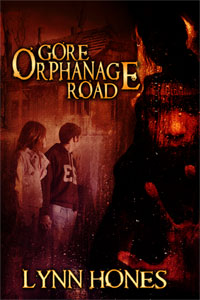 I turned the corner into the bath and stopped in my tracks. The semi-transparent shower curtain encircled the deep tub and the water ran long and hot. The door wide open, I saw what appeared to be the shape of an old person soaping themself up. When I say old, I mean like an ancient, troll-like physique standing in our shower. No more than five feet tall, it possessed skinny arms and legs, was bald and had long fingers and a pronounced, beaklike nose.

It hummed. I froze.

The fear infused me with sudden paralysis of mind, body and spirit. This, this…person, this monster in our shower knew I stood there and knew I couldn't move.

It stopped soaping its misshapen limbs and turned its oversized grotesque head over its bony shoulder and, although I couldn't see its eyes, it stared at me. Without a move of a muscle, the shower stopped and I heard a low growl. Bile rose in my throat, hot and stinging, tasting of Fritos, and I willed myself to swallow it back down.

Whatever you do, don't pass out again. Another growl, this one more sinister than the first, came from the--the entity showering in front of me.

In a voice filled with what sounded like gravel, dirty, gross gravel, a low ominous sound came from behind the curtain. "Do you want to die, Alexis?"

A laugh began. At first a baritone reverberation, but as it continued, it picked up a higher cadence and fell into a full-out childish giggle. High-pitched and squeaky, it repeated itself… "Do you want to die, Alexis? Do you want to die, Alexis?" It didn't stop. In that cartoon character, shrill and penetrating tone, it repeated itself over and over and…

"Alexis?" Mom said from downstairs. I heard the twins run in and go straight for the kitchen as the back door slammed.

"Oh," it said. "They're home." It reached its scrawny hand to the shower curtain and slowly pulled it back. Its face stuck out at me and for a brief second the revulsion I felt at the sight made me shudder and lose consciousness briefly. I shook my head and opened my eyes, staring it full in the face.

Brown, molted fingertips held the corner of the curtain aside and it smiled at me showing yellow teeth. Rancid, fetid skin covered a skeletal facial structure, rotting in places. Its ears gone, a green slime came out of a hole in the side of its neck.

"Gotta go bye bye now." It disappeared. Gone…poof. I hadn't realized how frozen the air surrounding me was until it warmed again. I felt my arms thaw and I moved my hands up to my face. My legs moved next and with my back against the wall, I slowly slid into a sitting position. What in the hell just happened to me?

"Alexis, where are you? Do you want a grilled cheese?" Sara yelled.

My body shuddered uncontrollably, a woman coming back from the brink of death. I lowered my head in between my knees and cried.