In the aftermath of his break-up with a cheating boyfriend, Chris Flannigan wanted to get away from everything and everyone, especially his overprotective family. His brother's best friend and all-time crush showing up at the beach house and deciding to stay wasn't something he wanted either.

Vince McFarlane had loved Chris since they were young. Now that he was finally without a boyfriend, Vince wasn't going to let him get away. He'd waited long enough.

As the summer temperatures rise, the heat between Chris and Vince ignites.

Chris stood with his heart in his throat, glaring up at the man who stood on his doorstep. The bright green eyes had captured his gaze, and there was nothing he could do to break the contact. He’d never been successful before, how was he going to succeed now? Then again, he could always shut the door on him. And that was exactly what he did. With a last fierce look at the unexpected guest, he shoved against the front door and slammed it shut.

He should have known his older brother wasn’t going to listen to him and would send someone to check up on him. Chris growled low. Why did Will have to send Vince McFarlane? True, Vince had been Will’s best friend since grade one and a part of their family ever since. Chris jumped at the hard pounding on the door. It was strong enough to shake it on its hinges.

“Christopher Flannigan,” Vince’s voice came from the other side. “You open this door right now. I have stuff Irene sent over. Also, it’s hot as an oven out here. Do you want me to die of heatstroke?”

Chris pressed his forehead against the wooden door. Its cool surface felt good on his skin. He didn’t want to open the door. He just wanted to be left alone and feel sorry for himself. When the door shook again from more of the vigorous pounding, he let out a frustrated sigh. Vince was someone who didn’t care to hear the word no, particularly when it came from Chris. Especially when Vince knew he was in hiding. Also, whatever it was his mother had sent was most likely going to need refrigeration. Either way, once Vince delivered the stuff he would send him right off. At least, he’d try. Not that he’d ever succeeded, he just couldn’t really win against Vince in particular. Letting out a sigh, Chris twisted the doorknob and pulled open the door.

Vince glared down at him, the sweat beads that dotted his forehead merging as Chris watched before they dripped down the side of his face and neck. Without a word, Vince shook his head at him, picked up the huge box by his feet that Chris hadn’t noticed before, and shouldered his way inside the beach house. Chris scowled after him, brushing his hand over where Vince’s sweaty arm had brushed past.

The shorts Vince was wearing were old, thin, tattered, and had grass stains all over their back. Vince looked over his shoulder, and when their gazes met, he grinned broadly. The killer smile, emphasized by the deep dimples on either side of his mouth, was a kick to the stomach.

Damn it. Chris couldn’t deny he’d always been attracted to Vince, and the older man knew it, too. Despite the clothes he wore, Vince was gorgeous. He was also one of the kindest and strongest men Chris knew, and he knew plenty. If only Vince didn’t treat Chris like his little brother, Chris would have jumped his ass ages ago. Also, he was Will’s best friend, and he didn’t want to risk his older brother’s anger. Of course, Vince had announced he was going to marry Chris when Chris was only a baby, but that didn’t count.

“Why didn’t you put on the AC? It’s hot in here. And close that door while you’re at it.”

Ignoring the heat rising on his face, Chris did as he was told and shut the door. When he turned around once more, Vince was disappearing in the direction of the kitchen, his flip-flops making slapping sounds against the hardwood floor. Vince was most likely going to store the food his mother had sent over. Chris had gone grocery shopping when he’d arrived the week before, but he was fast running out of food. At the thought of his mother’s home cooking, his mouth watered, and he quickly followed Vince into the kitchen, where he found him unpacking the box.

Chris looked inside the box, picked up one of the four casseroles there, and placed it in the oven. He turned the knob to a low two hundred degrees before straightening up once more. Leaning against the counter, he crossed his arms over his chest.

“How’d you guess where I was?”

Vince snorted and turned to face him. “You actually think I wouldn’t find you? Or Will? Or your parents?” He handed him a sealed Tupperware container. “There’s homemade chicken soup, the casseroles you’ve seen, and then there are miscellaneous choices of cold meats in there, too,” he said.

Vince made a quick scan over the length of Chris’ body before meeting his gaze again. Chris fought the urge to squirm under the intense scrutiny.

Chris took the container from him and placed it on the island. He opened it and sniffed appreciatively. Inside were half-inch slices of his mother’s specialty. The chorizo sausage slices were perfect served cold, so he took one and bit into it. He closed his eyes when the flavor hit his palate. Two more bites and he was licking his fingers. He looked up to see Vince quietly observing him and offered up another slice of the sausage.

Vince’s lips quirked. “Nah. I had some yesterday before Irene sent me over to rescue you.”

“You’re a jerk,” Chris said, but he couldn’t help the smile curving his lips. With an answering smile, Vince shook his head at him before he turned around and loaded the rest of the goodies into the fridge. 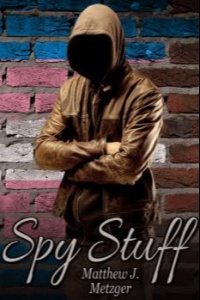 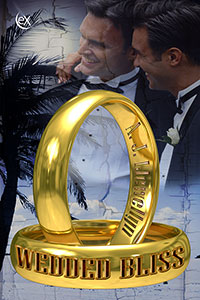