The world is waiting Tania Garber's next romance novel...all Tania has to do is write it. With her marriage ending and her inspiration gone, Tania doesn't know if she can write romance anymore. She needs a muse, and finds the next best thing in her new downstairs neighbor.

Wesley Boone needs a break, from his work and from romance. A sought-after fashion photographer, he has lost his eye for beauty and hopes a vacation will relax his nerves. Then he meets his new neighbor, who excites him to no end, but will the excitement end when she learns his secrets?

Can Tania and Boone find their happily ever after? 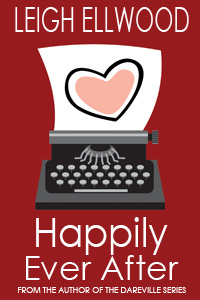 "I really felt for Tania, not being able to complete her thoughts as she attempts to write. Her struggle comes across so very real-questioning just what her character should be doing, feeling, thinking." - The Romance Studio, review of an earlier edition

She checked the parking lot from her living room window as the coffee brewed. Not a sign of her. Good.
Minutes later the doorbell’s chime caused Tania to squeal, and she nearly spilled her coffee. It rarely sounded, as Tania had very few visitors, and she had seen neither the mailman nor a UPS truck during her brief bout of voyeurism. She was not expecting any galleys right now, and all papers relative to her pending divorce were usually sent directly to her attorney’s office.

“Who is it?” she called, mainly out of habit. Hubby’s last act of charity before leaving six months ago was installing a new peephole in the front door. She hurried towards it to see a distorted image of Boone peering back at her.

She smiled at his forlorn image in the fisheye lens. His already prominent nose dwarfed the rest of his face and seemed more pointed, like that of a Renaissance puppet. Even so, she could detect an attractiveness in this sight of him that caused the heat to pool low in her belly. She imagined he wouldn’t look so goofy up close without a door separating them.

“One second,” she said, stifling a giggle, and opened the door to find him holding an empty measuring cup.

“Let me guess.” She folded her arms and wondered if Boone had noticed she wasn’t wearing a bra underneath the white T-shirt. “It’s Grandma’s birthday and the cupboard is bare.”

Boone held up the opaque plastic cup and twirled the handle around his forefinger. “Actually, I need to cut down on refined sugars. I thought I’d bring this along for kicks. I mean, why defy neighborly tradition, eh?”

His smile was infectious, and enhanced by perfectly straight teeth. Tania responded in kind. “It’s just as well, anyway. I have only a carton of sweetener packets that I use for coffee, and it would seem tedious to have to rip through a thousand tiny pink envelopes to fill that cup,” she said. “So, how can I help you?”

“I do need to borrow something, I’m afraid. I’ve had a look through the captain’s quarters this morning,” he chuckled, “and I’ve been unable to find a map of the city.”

“Not surprising, since Captain Anderson’s lived here more than half his life and probably knows where everything is. You didn’t get a map en route from LA? No GPS on your phone?” Her right eyebrow rose with suspicion. Seemed like a lamer excuse than wanting to borrow sugar, but Tania had to give him points for effort.

“I used directions downloaded from the Internet to get this far, and I’d do it again if the captain had a computer, which he doesn’t,” Boone said. “Believe it or not, I decided to go off the grid for this trip, and my phone is a pay as you go model that doesn’t have Web capability.”

“I see. I wish I could live like that,” Tania said, thinking of the bliss she’d enjoy to never hear constant admonishments from her agent.

“I only need to find one particular store I found in the phone book, and I didn’t see the point in driving all the way out to that drugstore on the main road if it turned out I had to go in a completely different direction.”

Of course you didn’t, Tania thought. She knew very well that the phone book contained a few small maps of the area that Boone could have easily used. “Well, I’m sorry to say I don’t have any maps, either,” she said. “What are you looking for? I’ve been here all my life and pretty much know where everything is.”

“That would be very helpful, thanks.” Boone’s fleeting disappointment turned back into a smile, and he told her the name of the camera shop he wanted.

Tania motioned him into the living room. “I know where that is. How about I just print up another Internet map for you? I have a WiFi connection, so all I have to do is this.” With a few clicks of the mouse Tania hid her novel in progress and called up an Internet map site. Typing in the address Boone relayed for her, she clicked the enter button and a map illuminated on her screen. “Just take a second or two to print,” she announced.

The second she said that, Tania felt her heart sink. Why had she said it wouldn’t take long? Boone would just take the directions and leave. She should have stalled, offered him some coffee. It would seem silly to do that now.

“Uh, thanks. You know, if the temptation to go online becomes too great and you get a computer, let me know and I’ll give you my WiFi password.”

“Very generous of you, thanks.”

Tania watched as Boone idly paced her living room, admiring the spacious setup, and relaxed. He didn’t seem to be in a hurry.