Charles Bairr discovers his sexuality in early twentieth-century Asheville and is soon providing extra services to boarding house residents to help his widowed mother get by.

What he really wants to do in life is write. His talent in play script writing brings him under the influence and control of the bigger-than-life flamboyant playwright and theater huckster Stanford Dane. But it is Charlie’s thinly disguised novels based on his experiences with men in Asheville boarding houses that open his way to New York and a career as a best-selling novelist.

The secret of Charlie’s male parent’s life and the pull of his own love affair with the mulatto lawyer Abraham Jackson bring Charlie back to Asheville, not to the expected resentment for his treatment of Asheville society in his novels but to acclaim. Both Charlie and Abe are wary of how the still very-Southern city of Asheville would react to their liaison, however, which leads them to live separate public lives while sharing the same bed in an isolated love nest.

Charlie’s past catches up with him and threatens the literary life he has fought so hard to attain, however, when he is pulled back under the fatal influence and control of his first mentor, Stanford Dane.

Inspired by the era and setting of American author Thomas Wolfe, “Homeward Bound” follows an imaginary young man obsessed with writing about his experience of the hidden life of his town. 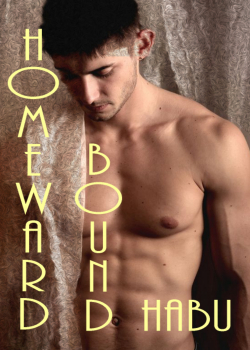 “How am I going to get you to stop calling me sir,” I responded jovially, while lifting the empty milk bottles out of the milk box on the back porch and handing them to Abe Jackson as he jumped out of the cab of his truck with six heavy milk bottles in his grip. I thought he looked just fine as he came out of the truck—and I admired the strength and dexterity he had to manage six full bottles at once. I was having trouble with the four empties I was dragging out of the milk box.

“Don’t want to be familiar where it might not be wanted,” he answered. “Here let me lift those empties out of the box. That’s what I get paid for.”

I didn’t put the empties back in the box, but I did put them down on the top step of the porch where it would be easy for him to get them on his way back to the truck. And as for wanting or not wanting familiarity, I wanted a lot more than that from Abe Jackson.

“Here, let me hold the kitchen door for you, Abe,” I said, “And then I’ll get the icebox door open for you and you can put them right in.”

“Well, you could pay me back by giving me a ride in that contraption of a vehicle you have out there. You promised you’d do that someday. And I’m not Mr. Bairr to you, either. I’m just Charlie.”

“Thanks . . . Charlie”—this presumably for holding open the doors for him. “If you’re free, I could give you that ride now. I’m late in my delivery here, I know. But this is the last one on my route today. I could certainly take the long way back to the dairy if you’d like a ride.”

The long way to the dairy went out of town toward one of the lakes and then off on a dirt road that dead ended at the lake edge. Abe stopped near the end of the road just as another road branched off. The truck was facing the lake and had branches of trees almost touching it on two sides, but he wouldn’t have too much difficulty backing it into the other road for the turnaround for home.

“Gee, that’s certainly a smooth ride, Abe—and fast too. Thanks. And I didn’t think we’d make it down this dirt road. Sure is isolated here.”

“Yes, yes, it is,” Abe said, and the quiet, almost strangled way he said it made me turn in the seat and look at his face real closely. I held my breath, not being able to do much more than hope that what I thought I saw in his expression is what I saw.

I’ll have to admit I saved the stop at your boarding house for last today—and hoped that you would be free to take this ride with me, Charlie.”

“That was good of you, Abe. I’ve been wanting to take this ride.” I looked down in his lap and saw that his trousers were tented—quite pronouncedly so too. I wondered if either one of us would make a first move—if we were both wondering if the other wasn’t interested in what we thought he was. Not sure whether I, at least, could risk it. If I was wrong, he could break me in two out here—and leave me for dead and no one was likely ever to know what happened to me.

But I ached for him now. He had a body that was worth the risk.

“You know, in exchange for this nice ride, I could give you a nice ride,” I said. The possibility of getting out of this if I’d guessed wrong was pretty lame—offering him a ride in Mrs. Childress’s two-horse buggy.

Abe lowered his head and didn’t speak for a moment, but I saw that he was fiddling around in his trouser pocket, digging for something. And I gasped—and almost laughed, in relief as much as amusement—when I saw what he came up with. It was eleven quarters.

“I hate to be so forward,” he whispered, “But word gets around. I heard that you’d do it for a man for two bucks seventy-five. If you don’t mind that I’m a—” 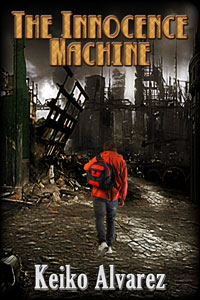 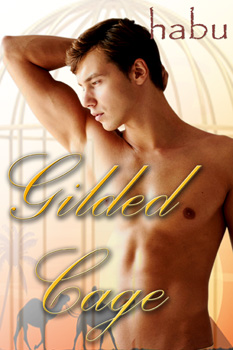 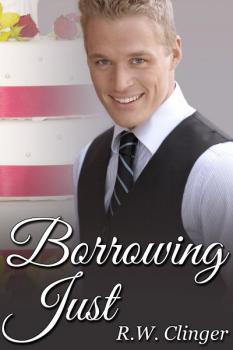