How to Survive Love 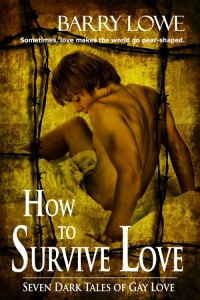 How to Survive Love

Feliix Storemont was late. Not fashionably late which would have been shrugged off as forgivably eccentric in someone of Feliix's stature, but rather late enough that it revealed his total disregard for the niceties of social convention. Of course, anyone who knew him really well, and there were scant few of those, knew of his abhorrence of things conventional. They also realized the decisive psychological advantage of a spectacularly indifferent, but felicitous, entrance.

He was, after all, the greatest living exponent of black and white photography, proclaimed a Messiah, a genius by art connoisseurs and the public alike, the grudging comparisons with Mapplethorpe, Jim French, and Herb Ritts, et al, long since hushed by the profligacy of his promethean talent.

All but one of the mingling cattle call of the beautiful, the offbeat, and the pretentiously perverse had been subjected to Feliix's revealing lens. They had all willingly disrobed, divulging their bodies, their souls and their egos, allowing him to hone in on their flaws and their weaknesses as he scathingly immortalized them.

They were gathered in one of the world’s finest museums for the grand opening of a major retrospective of his life’s work. Not all his formidable output could be accommodated on the limited walls of the edifice of culture; smaller galleries dotted about the city had taken the overflow. Better you had not been the subject of a Feliix Storemont portrait at all than be consigned to the outer orbits of popularity. There were more than a few people at the adoration of the photographic Magi who trembled that tomorrow their telephone would stop ringing and the invitations dry up.

The sycophants, confident of their position in the hierarchy, were occupied with the more important (to them) question as to the identity of the dedicatee of the lavishly illustrated historical overview of Feliix's career, the first print run having sold out before a single copy had rolled off the presses. Security had been so fortress-like no one had an inkling of the recipient of Feliix's largesse.

Udi was the one person in the room who had any reason to expect the honor and he, of all people, anticipated it least. His expectations, feeble as they were, were based on a long ago, and long forgotten, he suspected, expedient promise of Feliix's, before the advent of fame and fortune, that he would dedicate a book of his major photographic works to him.

But that had been almost thirty years ago.

Back then, newly employed Feliix had swanned into the Customer Service department of the major mail order book club where Udi worked. That he was good looking in a Mediterranean way appealed to the exotic in the women, and that he was slightly effete assuaged the heterosexual competitiveness in the men. Plus he had buckets of charm.

Udi, the oldest member of staff at 30, was nominated to familiarize the new employee with office procedures so they spent much of the first week together discussing protocol and by the time that subject was exhausted, felt so comfortable with each other they progressed to exchanging aspirations and secret longings. Within two weeks of Feliix’s employment Udi was following him about like a smug puppy and most people assumed they were having a relationship.

They were not. Udi was much too insignificant for Feliix’s to turn his sticky web-like charm on. Still, Udi put in hours at the library and art book stores sponging up information so he could be an intelligent sounding board for Feliix’s abiding passion in photography, and so he could discuss intelligently the volumes of male nudes which Feliix studied for texture, lighting, skin tones and, when he allowed himself, the odd humungous dick.

It was inevitable then, Udi would buy Feliix his first camera. They were passing a pawnshop whose window was cluttered with the debris of unpaid bills when Feliix stopped suddenly. “I’m in love,” he sighed.

Now love was not a word much in vogue in Feliix’s vocabulary, in fact, Udi realized this was the first time he had heard his friend utter it. The object of Feliix’s passion: a Pentax SF7 with zoom.

“There are only two things worth having in this life,” Feliix said as he fondled his new camera and then paused for an effect Udi knew better than to interrupt. “Money. And Sex.” Another long pause as he held the camera to the sky. “And I fully intend to have more of both than I can possible use. You, my beauty, will be the instrument that will bring them both to me.”