Callum McClure's family and village are under siege from an unknown foe. Villagers by the droves are falling into a mysterious sleep, a coma, from which they are unable to wake.

Callum and his school mates are in a race against time to discover why and how their parents are unconscious. Odd natural disasters are occurring everywhere, and then, there are the trees In each sleeper's room, roots grow wild out of the closet, and wrap the comatose in a root sarcophagus. On each sleeper's closet door glows a messageStandSeeRemember Choose.

Will Callum and his mates solve the riddle in time to free their parents, or will they be forever banned to the place known only as The NetherWood? 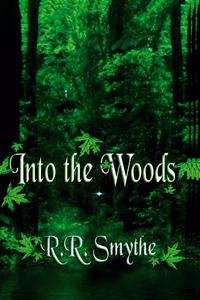 This Young Adult Fantasy will send chills down your spine. I, as the reader, followed Callum and witnessed everything he and his friends went through as they attempted to decipher the messages. At the same time, I watched Callum's mother, Ellsbeth, as she walked through the Netherwood. Each time Callum deciphered one of the four messages, some villagers awakened. Through the eyes of Ellsbeth, I saw the other sleepers wander, make mistakes, and be released from the Netherwood, leaving Ellsbeth alone. There is one thread left dangling, but do not fret. This IS a stand alone book. But that thread gives me hope that another book about the Netherwoods may someday come to pass. Excellent reading for any age of fantasy fans!

Into the Woods has a rich tapestry quality that is found in old fairy tales. The words and rhythm give it the feel of a fable. The tale hints at what is to come, but never gives you a true look, rather like the inhabitants of the woods luring you into the woods before you're aware you moved. Having the mother who is encased in roots have a voice is a nice touch. It allows us to see what is going on in her world and to understand what Callum will need to do to save her. The tale is a complicated one, but any eager reader should be able to unravel it.
Into the Woods is an interesting and exciting tale for the intermediate reader. I would recommend it because it operates on many different levels, includes the richness of imagery and fully developed characters.

What a delightfully eerie tale! R.R. Smythe creates very vivid images, both of the Netherwood and of the root sarcophagus encasing the sleepers.  One can't help but give a little shiver of fear as Callum and his cohorts race to uncover the meaning of each clue. Seeing the Netherwood through Ellsbeth's eyes is a stroke of genius by R.R. Smythe as it adds just the right touch to make this one classic tale!
INTO THE WOODS evokes an almost haunting atmosphere, as the reader is pulled into the storyline.  While INTO THE WOODS is billed as a tale for young adults, adult readers will enjoy the darker fairytale-like aspects of the storyline.  R.R. Smythe's explanation for each clue is quite clever and the deeper meanings will resonate with adult readers as well as young adults.
INTO THE WOODS is yet another phenomenal offering from Highland Press.  R.R. Smythe kickstarts their first ever young adult story with a bang.  INTO THE WOODS is a definite hit by this stunning author!

INTO THE WOODS packs a big message into a short book. R.R. Smythe had me intrigued from the very beginning. Just like the young men and women in the story, I wanted to learn the secret of the trees. They were obviously there for a reason, but what could it be? I flew through this book in just a couple of hours because I just had to know if Callum would figure it all out to save his mother. The scenes in the Netherwood are particularly interesting. You never know just what is going to happen, but you're sure there's going to be a message hidden somewhere.
Callum and his friends were all wonderful. They were indeed the perfect people to pass on the message of the trees. I love the sweetness of young love surrounding them as well.
INTO THE WOODS really is a unique story with a lot of heart. It's great for all ages, so check it out and tell your friends.

What a beautifully inspiring story. This tale takes you back into time and to a place where curses and folklore were well known. From curses to centaurs, this story is full of excitement and adventures. This author touches on what humans are doing to themselves and shows our children what could happen if they do not abide by rules. A truly remarkable story.

A movement by the closet shook him from his reverie, and he stepped away from his mother to investigate. A scuttling caught his eye at the back of the closet, and he dropped to one knee, bending down for a better view. <?xml:namespace prefix = o ns = "urn:schemas-microsoft-com:office:office" />

Callum inadvertently sucked in his breath and his hand flew to his mouth to stifle the threatening scream.

The root lengthened before his eyes, like an arm needing to stretch. Curled into the end of it was a dead rat, which the root-arm promptly banged off the side of the wall. It then wrenched the rat in two and receded, vermin pieces in tow, through the crack from whence it had unfurled.

Footsteps sounded from the hallway.

Callum couldn't explain it, but he didn't want Grandfather to know about this unexpected development, not yet, at least. That the roots were filled with violence.