Until her grandmother died and Paige moved into Emily DeWitt’s pretty house next to the cemetery at the end of 32 Greenapple Road.

What Paige and her best friend, Grace Nolan, discover in the basement that first night is only the beginning of the mystery. Soon Paige finds herself on a quest to discover the secrets her grandmother left behind, including a mysterious “box of secrets.”

As Paige and Grace begin to unravel the mystery, it leads to two unexpected places—Greystoke Cemetery and Wolf Lodge. The more they unearth, the more they realize that it could get them killed—or worse—missing. Underneath the guise of a perfect little town, something odd is going on in Greystoke Heights.

When Paige finds a hidden note from her grandmother, it leaves her curious, as well as frightened. Emily DeWitt’s final parting words, as if from the grave, were chilling. 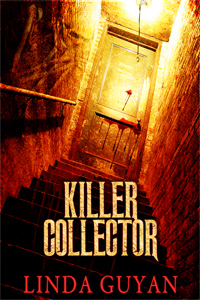 “That is quite a collection of dead bodies you found, Lionel!”

The young and tanned construction worker leaned on his shovel and pointed downward as he stood in the pit alongside his coworker.

“That is a whole lot of dead people in one spot,” Clarence White replied as he wiped the sweat from his brow with the back of his hand and gazed at the pile of skeletons below. “I think this is called a mass grave.”

Lionel Baum shook his head in awe. “Never have I seen so many dead folks in one spot before. I mean we have found bodies before building other houses, but nothing like this.”

“Maybe it has something to do with being right by the cemetery,” Clarence offered. “What do you think?”

“Funny place for Dr. Greystoke to want to build a house for his mother, the first one in this newfangled city of his. The cemetery will practically be in her front yard.”

“How many do you think there are down there?” Lionel asked as he leaned over, ignoring the comment.

“Looks like a whole lot of dead people to me,” Clarence said, stating the obvious. “What do you think? Fifty of ‘em maybe?”

But Lionel was not listening.

“Wait,” Lionel said, his voice tenuous as he edged a little closer and bent over for a better look into the pit. “Clarence! Not all of them are skeletons! Someone has been using this place as a dumping ground—”

Lionel turned to tell Clarence what he had figured out, but he was too late. The shovel in his coworker’s hands was already mid-swing. Lionel Baum was nearly decapitated by the blow.

Clarence smiled as he watched Lionel fall into the pit on top of the other bodies.

Now Lionel Baum was the most recent—and the last—to be added to the dumping site of the murderer, Clarence White.

“There are plenty of other places to dump the bodies,” Clarence mumbled with a sigh as he looked at the cemetery behind him and the vast expanse of land all around him for nearly a hundred miles. “Finding a new location here is not going to be a problem. And, as far as Dr. Greystoke is concerned, I will tell him Lionel took off and never returned, that I never trusted Lionel in the first place.”

Clarence was an expert builder and so he got on with his good-paying job for his employer, Oliver Greystoke I. He refused to let a little murder get in the way of getting paid his wages. He was looking forward to the long-term job of helping to build an entire city, as well as the extended pay that should set him up enough to move out of this place. Building a city would take many years, especially the way Dr. Greystoke wanted it. Then it would be time to move on.

“Dr. Greystoke sure has some crazy ideas for this new city of his,” Clarence said as he kept working under the blazing summer sun. The sweat and dirt on his skin gleamed under the glare.

“Hey, any you guys seen Lionel?” Clarence asked during their lunch break. “He took off a while back and did not come back. Dr. Greystoke will not be pleased.”

Everyone agreed that they had not seen Lionel Baum.

Hours later, Clarence stopped to rest, the end of the day in sight as the sun was beginning its descent, the heat of the day drawing to a close. He looked up at the mansion on the hill where his employer lived and worked.

“Wolf Lodge.” Clarence shook his head. “Glad I am out here and not in there.”

“Clarence!” a burly man with a deep voice and dark skin called out as he walked up the dirt path that would eventually become a street. “Any word from Lionel?”

“Nothing, Ivan,” Clarence replied, acting like he was worried. “Do you think we should be concerned?”

“Nah,” Ivan Barusco said in his Hungarian accent that he had not shed since he and his brother Curtis immigrated a dozen years ago. “Many men try this work but they cannot handle it. It is too hard but they will not admit, so they run off. This work is not for everyone. Lionel will not be the first or the last to run off. Come on, it is time to go home. Lionel will be replaced. Tomorrow you will have a new man to work with. There are many laborers hungry for a job like this.”

“Thank you, Ivan,” Clarence told him, sounding as grateful as he could manage when all he really wanted to do was work alone. “I appreciate it.”

“No one is going to work alone,” Ivan told him as he threw a muscular arm around the shoulders of Clarence White. “We work in pairs. This job is much too dangerous and we have many years ahead of us to build this Greystoke city.”

“Beers at the saloon first!” Curtis Barusco exclaimed, sounding eager to end their hard day of work with some relaxation. The large group of construction workers cheered loudly, raising their muscular arms to the sky.