Kylie of the Night

Kylie has only two things on her mind, sex and fun, though she rarely distinguishes between the two. To Kylie, sex and fun are one and the same. After college, when she and her best friend, Mike, are unable to get a job in their chosen field, they decide to start a business together. With a degree in fine arts, Kylie’s paintings are a hit, especially among the wealthy clientele living on the lake, and her hand deliveries include much more than her one-of-a-kind masterpieces. Some clients, however, are much easier to please than others. 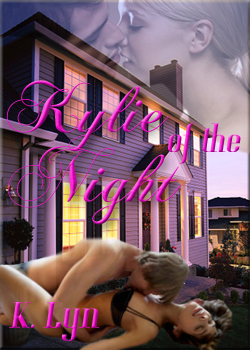 Kylie of the Night

Kylie smiled at the man who was clearly not what she had been expecting. She had expected a man in his sixties, but this man was barely thirty, or at least that was Kylie’s estimation. What’s more, he was to die for gorgeous. Kylie decided that she would be very nice to this man. “I have the paintings you ordered.”

“Let me help you with them,” he offered.

Anthony smiled at Kylie and then he walked over and sat down beside the young woman. He placed his hand on her thigh and slid it upward, pushing her skirt as he went. Kylie was a little surprised at the man’s forwardness. Usually clients waited for two or three drinks before trying to get her into bed. Kylie wasn’t quite loosened up enough to have sex yet, but with a man like Anthony she knew it wouldn’t take long. He kissed her and pushed her skirt toward her crotch, forcing his hand between her legs. Kylie gasped and the handsome client went further. He lifted her into his arms, with one hand remaining on her crotch, and he laid her down on the floor. He struggled with the side zippers on her skirt and the man’s clumsy eagerness was turning Kylie on.

Kylie could tell that the man had been drinking quite a bit. He locked the door behind her and drew the curtains. “More wine?”

“Sure.” Kylie could have sworn that she had witnessed the man stagger a little as he walked toward the bar.

“Here you go. Come and sit beside me, Kylie.”

The man was weird when he was drunk, but Kylie thought it was a little bit funny to watch him. She sipped her wine but he quickly took it from her. He forced her against the back of the sofa, smothering her with his heated breath upon her lips. She mumbled something, but this was one millionaire who didn’t take no for an answer. He forced his hand to her crotch. “Where is your pretty skirt, Kylie?”