Supper is never an innocent meal.

After an embarrassing experience, what can a girl do? Leigh has supper with one of the men who overheard her passionate speech.

Has Leigh finally gotten past her bizarre impulse for self-humiliation? 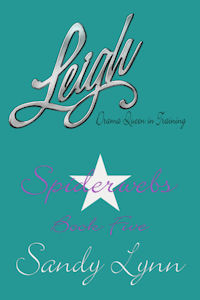 “I figured I'd give you a chance to veto my outfit,” Leigh teased as she stole a piece of celery from the cutting board on the counter.
“Hmmm.” Sally seemed to consider her outfit rather seriously.
“You do know that was a joke. It took me over an hour to get ready. I'm so not changing.” When her friend didn't respond, Leigh got nervous. “I look okay, right? Oh, God, I need to change, don't I?”
“You look fine,” Sally said with a smile.
“See, now you're just saying that. You wouldn't have had to think that hard if I looked good. I'm leaving…”
“Oh no, you don't.” Adam stopped her before she could stride out of the back door and back to her car. Taking her by the arm, he led her back into the kitchen . “Look. I told Chris you'd be here, so you need to stay. Otherwise we are just going to go play video games and Sally's going to get mad at me, and that's not pretty.”
“I'm not ready for this!” Leigh tried to dig her heels into the floor to make it harder for Adam to push her farther into the house. It wasn't very effective. Four-inch pumps didn't do much on a tile floor. If anything it seemed to help him. “I'm not ready for this and you can't make me do it!”
She didn't care that she sounded like a five-year-old throwing a tantrum. The reality of the situation was pressing down on her now. She wasn't sure she could face dating. She sucked at dating! How the hell had she let her friend talk her into this?
“No-Stop-Let me go!” Leigh tried to break free, but she couldn't.
“You're just panicking,” Sally said. “It's going to be fine.”
“Jeez, Chris isn't a bad guy. He even thought-”
The doorbell cut off whatever Adam was going to say Chris thought. Adam and Leigh froze at the same time, and the result had Leigh landing hard on her ass with an “eep”.
Adam cleared his throat. “I'll just let Chris in.” He threw a look over his shoulder at Leigh, still on the floor exactly as she had fallen.
Now she knew what a deer felt when it was blinded by the headlights of an oncoming car. She couldn't move her body. Not even to shift to a more comfortable position. All she could do was panic inside her head.
“I'm going to make a fool out of myself,” she lamented.
“You're going to do fine. Just be your natural bubbly self.”
Leigh turned her head to look at her friend. “Hi, have we met? Cause I think you've mistaken me for someone else.”
“Girlie, you'll be fine. Okay, maybe you're not perky and bubbly. But Adam told me that Chris was asking about you at work. So you must have made an impression…”
Leigh narrowed her eyes and stared at her friend.
“Okay, we all know you made an impression, but it must have been good. Adam said Chris was asking a bunch of questions. The good kind, Leigh. The good kind.”
“Yeah, right,” she snorted. She didn't realize she'd said it aloud until Sally sighed. “Fine,” Leigh mimicked her and sighed. “I'll give it a chance."