Will fate play a hand? 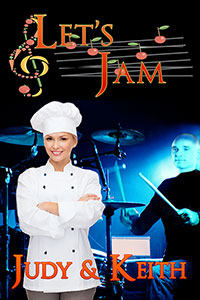 It was a year before I reached New York. I took whatever work was available, saved enough money for the next bus ticket east, and moved on.

I was working as a waitress in Manhattan when I heard an elderly customer talking about sailing to Europe. He looked in his mid-sixties, with silver gray hair, but still buff, and his blue eyes twinkled. He mentioned that their galley was minus a chef.

I interrupted their conversation, “I can cook, and I’m looking to go to France—Paris to be exact. My dream’s to graduate from the Paris Institute Le Cordon Bleu.”

The older man stared at me for a minute. “You’re serious, aren’t you?”

“The crew consists of two teams of two people. There’s one other woman going as far as Calais, and of course, my wife. I like your audacity, and you deserve a chance. I assume you have a passport?”

“Good, we sail in two days on a trial run up the coast to Boston then Halifax. Here’s two hundred dollars. Go buy some provisions. If all goes well, we’ll then head east out into the open ocean. It’s thrilling. There’ll be eight adults including you.”

“Can I see the boat first and check out the galley? How do you know I won’t just pocket your money?”

“I don’t. My name’s Fred Stafford. You’ll find the boat at Liberty Harbor Marina. She’s called The Explorer. I’ll leave your name at the office. What is it?”

“I’ll be there tomorrow, then I’ll plan a series of menus.”

“We’ll take it easy and should reach Boston in a couple of days. We’ll continue north to Halifax, then it’s decision time. Once we head out into the Atlantic, you’re committed for two months.”

“It’ll take us that long to cross the ocean to Europe?”

“We could do it quicker, but what’s the rush? Our first stop will be the Azores, and depending on the weather, that’ll take us upward of a month.”

This is my big chance. To save money for a flight will take forever, and this’ll be an adventure.

I put out my hand, and he shook it.

The next day, I found the marina and stood, looking lost. I’d forgotten how pungent the smell can be. I took a deep breath. Better get used to it. I can’t believe I’m doing this.

I suppose they don’t want any riff-raff wandering around.

“Mr. Stafford said I could check out his boat. I’m his chef. My name’s Lacy Thomson.”

The days shot by, and it was soon time for departure. I remembered my previous visits to stock up the cupboards and freezer. To say it’ll be cozy on the yacht’s an understatement. I expect Mr. and Mrs. Stafford will occupy the master suite aft, and the crew will take the two guest suites forward with single beds. That leaves the remaining cabin with the bunk-beds for me, plus the paying guest. The galley’s first-class, and even boasts a wine cooler, fridge, freezer, gimbaled three-burner stove, and oven. Why’s the oven hinged, and all the surfaces have lips? I suppose it’s a good idea. Things won’t move very far. I’ve got a lot to learn.

We all met on the dock. The only person I recognized was Fred. He addressed us all. “Hi, I’m Fred Stafford, and this is my boat. We’re going to take it on a short trip up the coast to Boston, then a longer voyage to Halifax. I hope you all have your passports as I have to check your documents before we depart.”

One by one we walked up. I showed him my US passport. He flicked to the page with my picture on it, smiled, and handed it back to me.

“Well, that looks in order. First, let me introduce you all. I know you won’t remember, but don’t worry, by the time we reach Europe you may want to forget a couple of names. It can get quite intimate out on the open water.

“This is my wife, Rebecca.”

She inclined her head, and added, “Call me Becca.”

I guessed she was ten years younger than Fred and was dressed for comfort in flats, gray slacks, a white pullover, dark brunette hair, and mischievous brown eyes. Her lips curved upward, and I liked her immediately. She’s fun.

Fred continued, “Next, is the crew. They’re all seasoned sailors and have crewed for me many times. They work in two teams. Jim Smith and his brother Eric have the night shift.” The two brothers stepped forward and bowed. “The day team, who you’ll see more of, are Gordon Jones and Manny Vega.”

Gordon stepped forward and said, “Hi,” to me. I got the impression the introductions were solely for my benefit.

The other lady, mid-thirties, five-foot-four and very fit looking then spoke up, “Hi, my name’s Shirley Evans. I’m a professional traveler. I take trips then write about them, so you’ll see me making copious notes, and snapping lots of photographs. I’m meeting up with a camera crew in Calais and will spend the rest of the summer taking the off beaten roads through Normandy, Brittany, then head south into the Bay of Biscay. The goal’s to reach Bordeaux.”

“Can you help me with my French?” I asked.

Her face lit up with a radiant smile. “Bien sûr.”

Fred laughed. “And lastly, meet our chef. She can introduce herself.”

I nervously stepped forward. “My name’s Lacy Thomson. I’m nineteen, and my goal is to become a chef. So, where better to learn the trade than in France, especially Paris? Can I ask a question?”

“How much would this boat cost?”

“It’s a sixty-four-foot luxury sailing yacht, and you’d only have pocket change out of two million dollars.”