Sheriff Ajana Povich arrives at a gruesome crime scene in an abandoned house where a pile of body parts is erected in the hall. A young girl suddenly emerges from underneath the pile and that’s when things get weird. Who is this girl? Why is everyone hearing her speak a foreign language except for Ajana? Why are armed men showing up at the yard demanding the girl or they will kill everyone? This is going to be a night Sheriff Ajana will never forget. 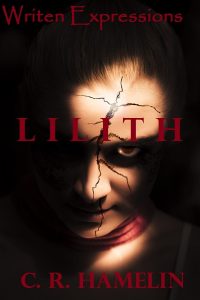 Sheriff Ajana Povich got out of her patrol car and buttoned her beige winter jacket before she glanced up at the isolated two story house. All the lights appeared to be on inside making it glow in the night. She inhaled the frozen air, burning her lungs a little, and exhaled vapor. Two other deputies were putting up yellow crime scene tape around the house. They waved at her as she walked toward the front porch and she smiled back at them.

The front door was wide open and she could see from a distance a pile that looked like garbage right in the middle of the hall. As she got closer, a rotten smell overwhelmed her nostrils and she covered her nose with her hand. The closer she got, the more intense the smell. Ajana realised that there wasn’t any garbage nearby; she was now facing dead bodies. A mountain of bloody bodies that was at least three feet high, maybe more, was in the middle of the hall.

“What the hell?” she muttered under her breath. She couldn’t look away at the horrific scene she was witnessing.