An anonymous lottery winner decides to give away a two-hundred-million-dollar jackpot.  Failed entrepreneur, Amanda Cash, is tapped by the winner to select deserving persons to receive the windfall.  If the benefactor agrees with Amanda's choices, she will be awarded more than enough money to fund her dying mother's heart transplanta million-dollar 'finder's fee.'

Complicating matters, one suitor has a secret need for a fortune, while another will do anything for the scoop of the century.
Do either truly love Amanda for herselfor are they just using her for personal gain? 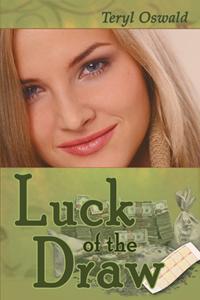 It was like that reporter had said. The luck of the draw. Her letter had been chosen from all the millions written.

She'd wanted a million dollars for her mother's transplant and now she had an opportunity to earn that amount in only four weeks' time.

Could she do it? To the benefactor's satisfaction?

A thought flitted through Amanda's mind, skidded to a stop, and lodged itself on a fulcrum balanced between inspiration and effrontery.

"If I want, may I keep all two-hundred-million dollars?"

He paused, and then blew out a breath. Shaking his head, he pursed his lips like a disappointed father. "Yes, if you can make a case that you are worthy enough, you may ask to keep the entire fortune. But rememberyou have only four weeks to make your decision."