Leah Hunter must choose between two men. Valet Daniel Barlow makes her laugh, fills her heart with delight, and answers her body’s desire for love. But Felton Kensington would give her a better life. Security. Prestige. And choosing him would take away the one thing that plagues her mind with worry and confusion. Felton Kensington scoffs at the valet’s attempt to steal away Leah. With what Felton has to offer, he’s quite confident Leah will be his. In every way.

Daniel Barlow knows what he wants. And that’s Leah Hunter. He’s trying everything in his power to win her over. But competition from Felton Kensington is stiff. How can a valet compete with a wealthy gentleman? 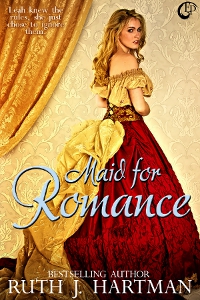