As punishment for his wrongdoing the furious Caroline disciplines Paul relentlessly. She does however finally forgive the poor benighted slave. Anita disappears off the scene to be replaced by Nicole, who Caroline and Paul both find immensely attractive.

She moves in with the kinky couple to engage in a sadomasochistic ménage a trois. This is supposed to be a no-strings-attached arrangement but soon takes an unexpected turn, which will change all of their lives forever. 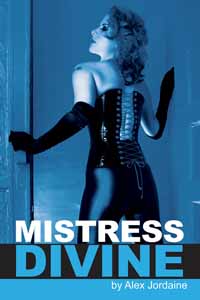 Paul would have been drawn anyway to the beautiful young woman with the shoulder-length dark brown hair and feline green eyes, even if she hadn’t been staring right at him. She smiled slightly in his direction, no more than a gentle curl of her pouting lips, and continued to dance sensuously to the music. As their eyes met, Paul felt a stab of desire shoot through him and his heart began to pound in his chest with excitement.

The face of the young woman with whom he was sharing such an intense gaze was perfect, with strong features and incredibly sensual lips that were soft and full. She looked sublimely erotic and there was something so vital about her that it utterly captivated him. She wore a tiny dress that barely covered her backside and moulded itself to the contours of her seductive body. From where he stood, Paul could see she had nothing on underneath her flimsy dress. He felt a rush of blood to his cock, which started to press urgently against the crotch of his snug-fitting black jeans.

The young woman kept on looking at him, her green eyes glowing. It was as if a beautiful but dangerous cat was gazing at him from out of the darkness, Paul thought. There was so much strength in those remarkable cat-like eyes, such incredible power.

For a moment neither of them spoke and time stood still. Her eyes seemed to see right through to the heart of him. Paul felt a thrill of fear deep inside as he gazed back into her expressive eyes, glittering with the promise of dark, exquisite torment. The sexual energy between the two of them was incredible.

She was the first one to speak. ‘I’m Caroline,’ she said, in a voice that sent cold chills running down Paul’s spine. ‘Get me a drink, would you? I’ll have the same as you.’

He hurried to obey her instruction, telling the barman to keep the change. Paul didn’t want to waste a single second before getting back to her; in fact, he half expected that this gorgeous apparition would have disappeared when he turned round from the bar. But no, she was still there, all right, and still looking at him with that same amazingly seductive, challenging gaze.

Paul handed Caroline her glass. He found himself even more mesmerised by her now; he simply couldn’t help himself. She was far and away the most stunning woman he’d ever seen. She touched the rim of her glass to his and sipped at her drink, continuing to look into his eyes, her gaze penetrating through him now like a laser beam.

Paul had still not yet uttered a single word to her and was wondering what on earth to say. He’d always been quite shy, but now seemed to have been struck dumb by the hypnotic vision, the paragon of dominance who was standing before him. He needn’t have worried, though, because what Caroline said next would have rendered him speechless anyway.

‘I want your body,’ she announced simply, putting her glass on the bar. ‘Come with me.’

Desire such as he’d never experienced before began to pulse through Paul at that moment, but not for the obvious reason. It wasn’t so much what Caroline had said that affected him so greatly; it was the way she’d said it, brooking no possible argument.

It touched something inside him that was way beyond mere animal lust, something deep within his very soul. Paul drained his glass, set it next to Caroline’s on the bar, and followed her obediently out of the club and into her life. 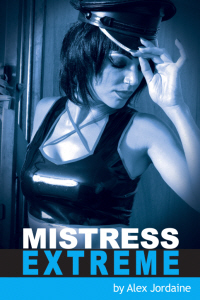